What is the value of the tropical rainforest?

The tropical rainforest is a valuable provider of resources and opportunities. These fall into two groups:

What goods are supplied by the tropical rainforest?

More recently, the value of rainforests has particularly increased in the search for treatments and cures for illnesses. Pharmaceutical companies are finding ingredients in rainforest plants that can be used to treat diseases. Indigenous people have traditionally used plant bark, resin, roots and leaves to treat ailments. 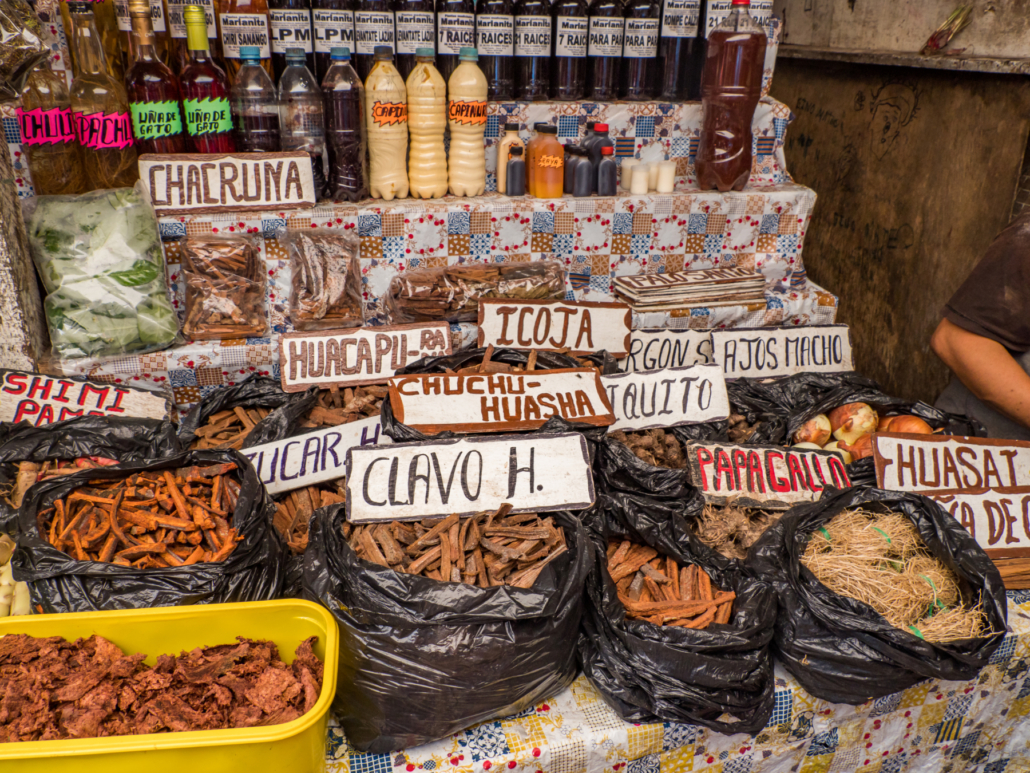 Over 120 prescription drugs come from a plant source. Around a quarter of the drugs used in the developed world are derived from rainforest plants. Scientists have tested less than 1% of rainforest plants for their medicinal qualities. In today’s cancer-fighting drugs, 25% of the active ingredients originate from organisms only found in rainforests.

Today over 100 pharmaceutical companies are researching possible new drugs and cures from plants. There were none in 1980. It is in the interests of global health care to protect rainforests. However, wild plants must be sustainably harvested or cultivated.

What services are supplied by the tropical rainforest?

The rainforest services, such as nutrient recycling and protection from soil erosion, benefit the rainforest and its general health. Maintaining biodiversity and habitats are benefits that people can enjoy either as tourists or as indigenous people. However, the rainforests air purification system is of most value to both humans and the environment, not just locally or nationally, but globally.

Climate change and global warming is perhaps the most important global issue facing us today. We will only be able to tackle climate change if we:

The tropical rainforest is one of the largest global carbon sinks and has a critical role in tackling climate change. The two things required to protect the rainforest are:

What is the value of tropical rainforests to people and the environment? 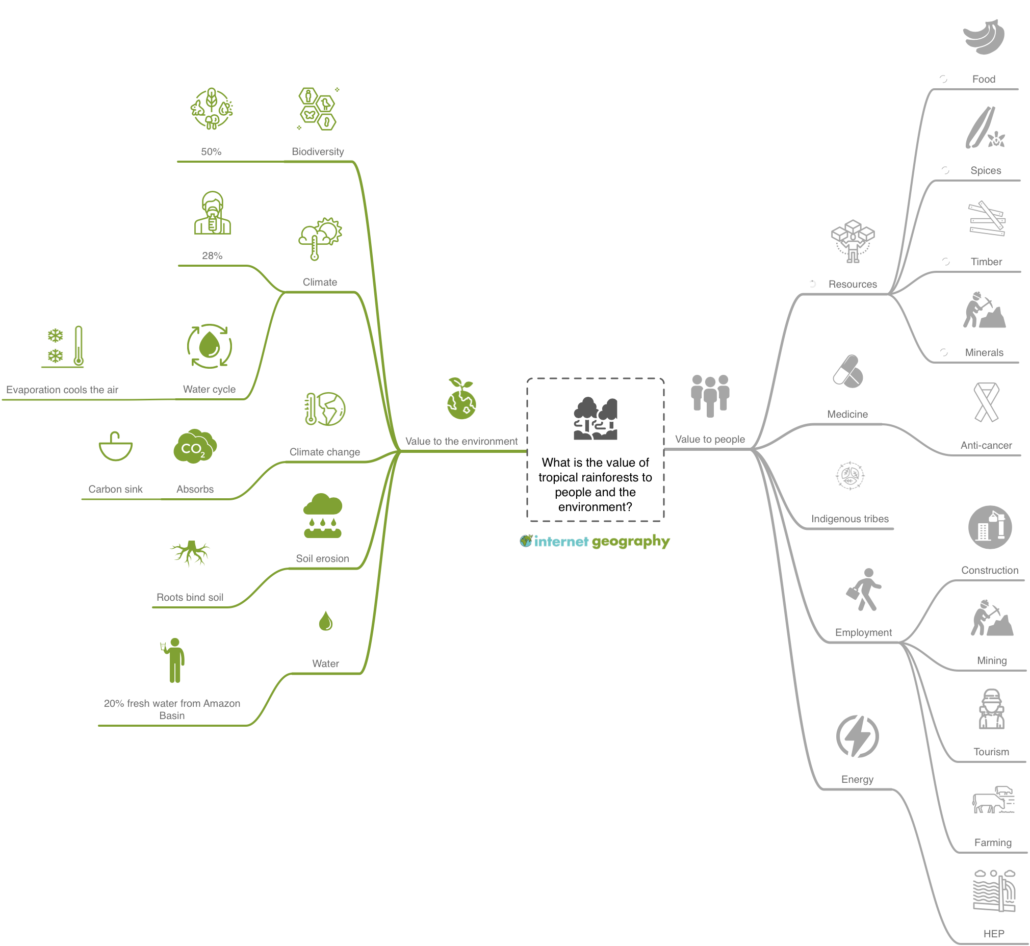 What is the value of tropical rainforests to people?

Everyday items such as bananas, sugar and cocoa originate from tropical rainforests and spices such as cinnamon and vanilla.

Approximately 25% of all medicines come from plants in the rainforest. More than 2000 plants are known to have anti-cancer properties. However, less than 1% of rainforest plants have been tested for their medicinal qualities.

High rainfall levels offer the opportunity to develop hydro-electric power by constructing dams and the formation of reservoirs. This helps meet the growing demand for energy in many NICs/LICs that contain areas of rainforest. Micro-hydro schemes can provide electricity for power and light to local communities.

What is the value of tropical rainforests to the environment?

Rainforests are a vital source of freshwater. Twenty per cent of the world’s fresh after comes from the Amazon Basin alone.

Over fifty per cent of the world’s known plants and animals exist in tropical rainforests.

Twenty-eight per cent of the world’s oxygen is generated in tropical rainforests. At the local and regional level, moisture emitted from vegetation through transpiration contributes to the water cycle and ensures the climate does not become too hot or dry. The air in rainforests is cooled by evaporation.

The roots of vegetation bind together tropical soils, and the canopy intercepts heavy rainfall reducing the risk of soil erosion, which can silt up rivers and reservoirs.

Sustainable management of the tropical rainforest