What do we mean by land use?

What do we mean by land use?

Characteristics
The CBD or Central Business District is the commercial centre of an urban area. It contains the main shops, offices and financial institutions of the urban area. It is usually the most accessible (easy to get to) part of the city. This is because most of the main transport routes lead here. Due to high land values, buildings tend to be tall and building density is high. 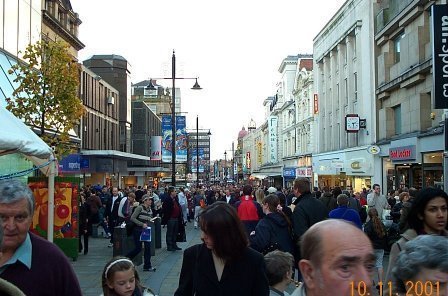 The CBD in Newcastle

Land Values
Land values tend to be very high, this is the result of great competition to locate here. It is cheaper to build up than out. Also, there is a limited amount of open space available. New developments tend to focus on redeveloping existing areas rather than using the limited open space available.

Population Density
During the day the CBD is densely populated. This is due to the high number of pedestrians and shop and office workers. However, the CBD has a limited number of houses and flats due to the high land values in this area.

Characteristics
The inner city tends to contain high-density 19th Century housing and wholesale manufacturing. Housing is usually linear, back to back and terraced. The streets form a gridiron pattern. This area tends to be run down unless housing has been redeveloped or gentrification has occurred. This area usually experiences social and economic problems. 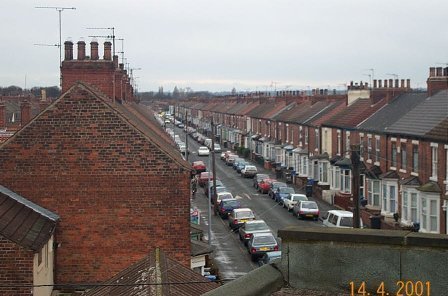 Land Values
Land values are lower than those in the CBD. However, they still remain high.

Population Density
Population density in the inner city is very high. To save money planners wanted to house as many people into a smaller space as possible.

Characteristics
The suburbs contain private houses built during the inter-war period (1930’s). Many of the houses found in this zone are semidetached. The houses are characterised by their front and back gardens, garages and bay windows. This area also contains some council housing.

Land Values
Medium value land. Cheaper than in the inner city which is why the houses are larger and have bigger gardens.

Population Density
Medium population density. At the time these houses were built on the edge of the city where land values are cheaper.

Characteristics
The urban-rural fringe contains a mixture of land use. this includes residential areas, recreational facilities such as golf courses and farming.

These areas tend to contain areas of better quality housing. Gardens and houses are larger due to lower land values and more open space. There is usually a mixture of private and council-owned housing.

Areas of private housing usually consist of low density, high-quality housing. The layout of these areas is usually crescent-shaped.

Although the council estates have a higher density than the private estates, they are still lower than the inner city areas. The accommodation is often a mixture of housing, flats and tower blocks. 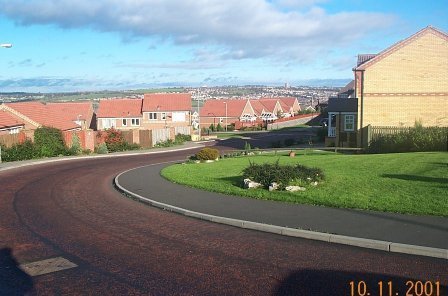