What is the north-south divide?

The north-south divide is a term used to describe the social, economic and cultural disparities between the London and the south-east of England and the rest of the UK.

The map below shows a clear north-south divide in the median gross weekly earnings for all local authorities in Great Britain.

Median gross weekly earnings for full-time employees for all local authorities by place of work, in Great Britain for 2018

Unemployment rates are highest in the north. 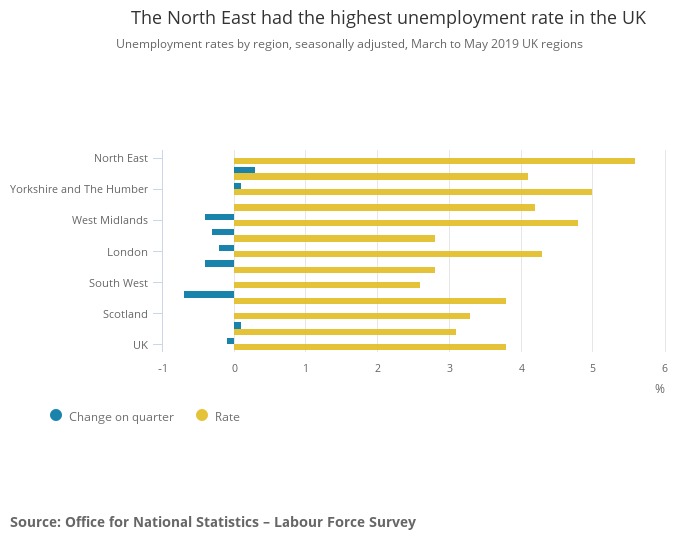 Unemployment rates in the UK

The maps below illustrate

What has caused the north-south divide?

The main cause of the north-south divide is de-industrialisation, as manufacturing industries, traditionally located in the north have closed. As you can see from the data below manufacturing continues to be very important in the north whereas in the south it is ranked 7th. Any changes in manufacturing have a considerable impact on the north.

The rank of employers by industry in the north and south, UK, 2014

As the northern economy declined the south-east became increasingly prosperous in response to the growth of the financial and service sector and the dominance of London. The growth in incomes led to increased house prices in the south-east.

What strategies are being used to address the north-south divide?

For several decades the UK government and the EU have attempted to reduce the north-south divide by investing in the north. Assisted area status has been assigned to areas that are less economically advantaged. New businesses setting up on these areas are eligible for financial assistance. The following schemes provide regional aid:

Developments in infrastructure in the UK