Svalbard is an archipelago (a large group of islands) located in northern Europe, halfway between Norway and the North Pole. It is one of the world’s northernmost inhabited areas and is administered by Norway. It has a permanent population of 2700, of which 2300 live in Longyearbyen, the administrative centre of the islands. 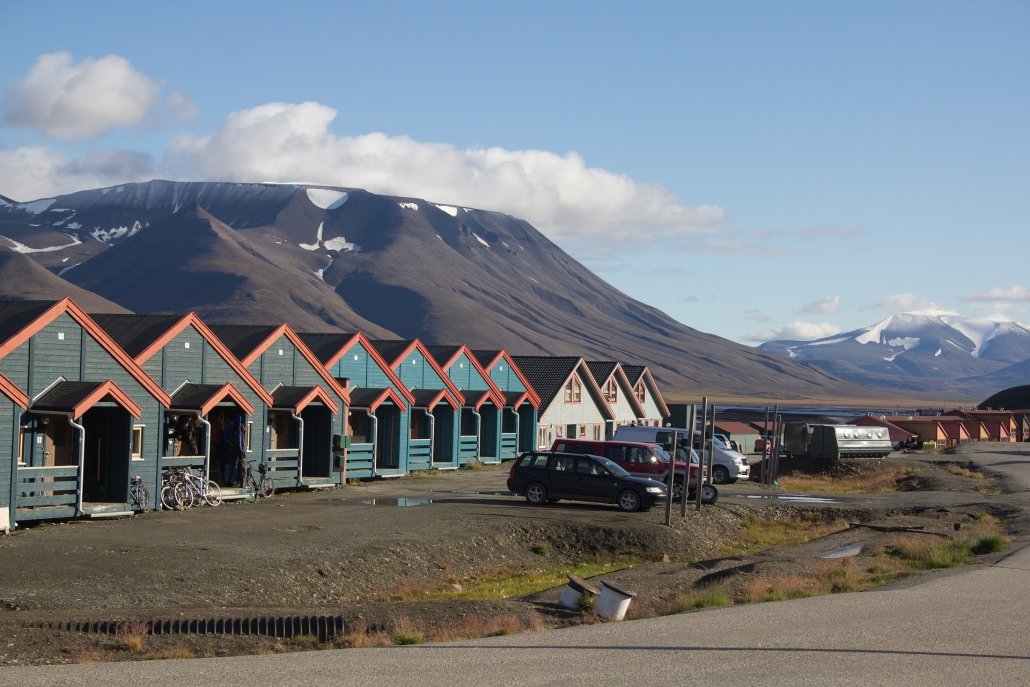 Svalbard is known for its remote terrain of glaciers and tundra sheltering polar bears, Svalbard reindeer and Arctic foxes. The Northern Lights are visible during winter, and summer brings the “midnight sun”, sunlight for 24 hours a day. 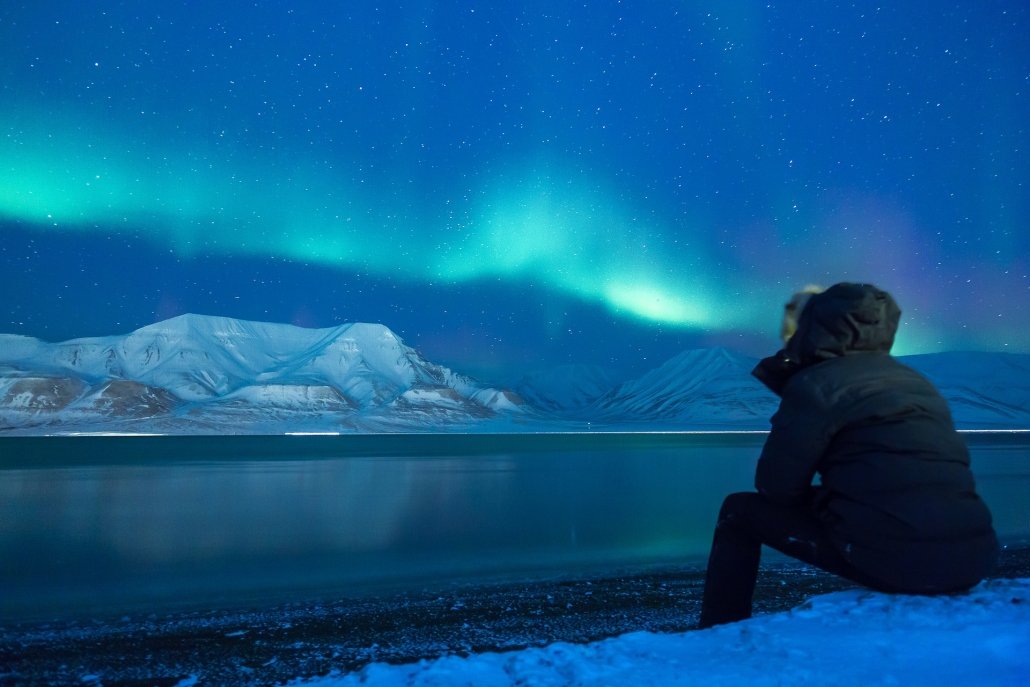 The northern lights at Svalbard

How has migration brought people to Svalbard?

The first residents of Svalbard were whalers, who arrived 400 years ago. The whalers were followed by miners, who extracted large quantities of coal for exportation around the world. Today, high-end tourist workers catering for last-chance to see cruises through the disappearing Arctic ice, are the latest residents, along with academics and diplomats studying the impact of climate change. Under the terms of the Svalbard Treaty recognising Norway’s sovereignty, anyone can live in the archipelago without a visa, laeding to a demographic shift with English, Thais, Germans and Italians now living in Svalbard.

Opportunities for development in Svalbard

Svalbard has a range of development opportunities.

Svalbard has a significant amount of coal and coal mining is the main economic activity on the islands, once employing over 300 people. 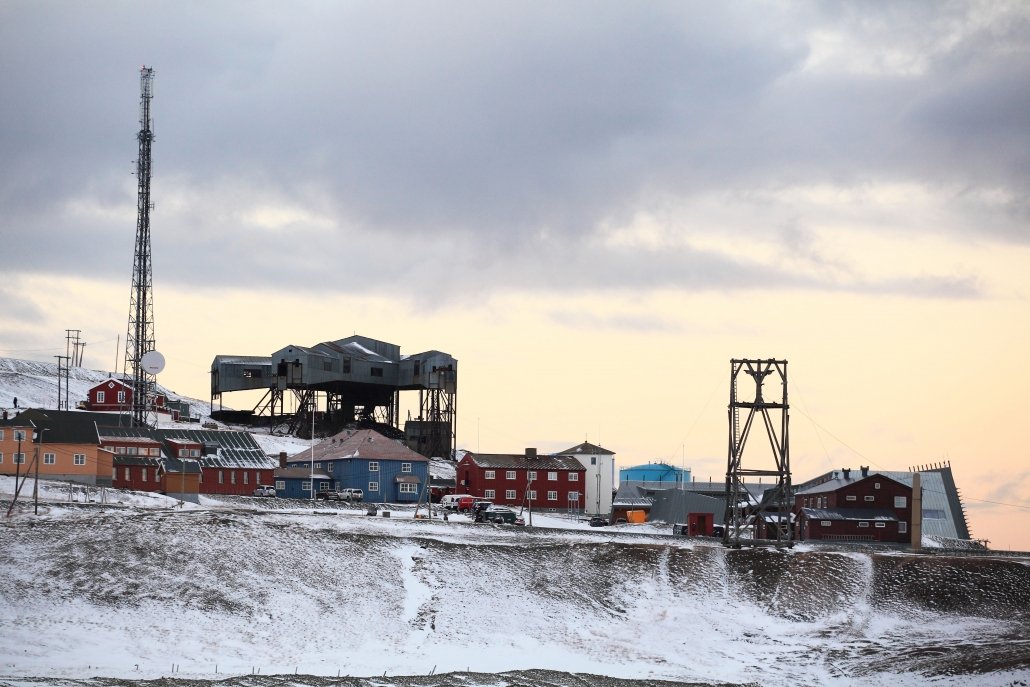 A coal mine at Svalbard

A coal-fired power station in Svalbard meets the energy requirements of the island. Along with the need to fly frequently, it is one of the reasons why the carbon footprint of Svalbard residents is among the largest in Europe.

The island has the potential to meet its energy needs through solar energy during the summer when there are 24 hours of sunlight. To overcome this Svalbard town council has reached an agreement with the Norwegian government to build a hydrogen power plant, which will generate clean electricity, producing only water as a byproduct. However, the coal mining community have to be won over before it is constructed. Though this should be achievable given only 45 people now work at the coal mine, which is currently at 10% of its former capacity.

The Barents Sea that surrounds Svalbard is home to some of the best fishing grounds in the world, with over 150 species of fish, including haddock and herring. Fishing in this area is controlled, which means it is sustainable as overfishing is illegal.

Svalbard is a popular tourist destination and is visited regularly by cruise ships. Some 70,000 tourists visited in 2011, of which 30,000 arrived on cruise ships. The harbour has been enlarged to accommodate large cruise ships. As the sea ice no longer freezes around Svalbard cruise ships can now stop in the winter which has extended the tourist season.

People are attracted to Svalbard because of its natural beauty and wildlife. Adventure tourism is a growth industry in Svalbard with people participating in leisure activities such as hiking, kayaking and riding snowmobiles. 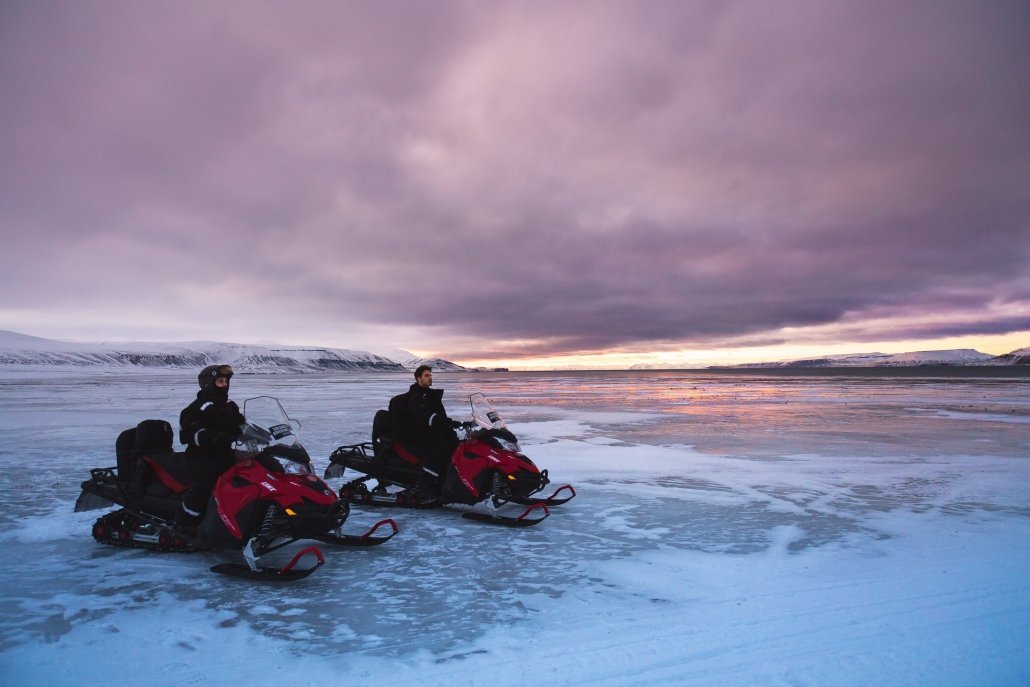 Winter temperatures can drop below -30°C in Svalbard. This, along with limited sunlight in the winter, makes working outside very challenging. In the winter the sea freezes and roads become very dangerous.

Permafrost in Svalbard creates considerable challenges for building and constructing infrastructure. Roads are built on raised gravel beds to reduce heat transfer which can thaw the permafrost.

Many domestic services such as freshwater and sanitation have to be provided above ground in insulated utilidors to minimise the risk of freezing pipes and thawing the permafrost. Runways are painted white to reflect the energy and reduce the transfer of heat from the sun. 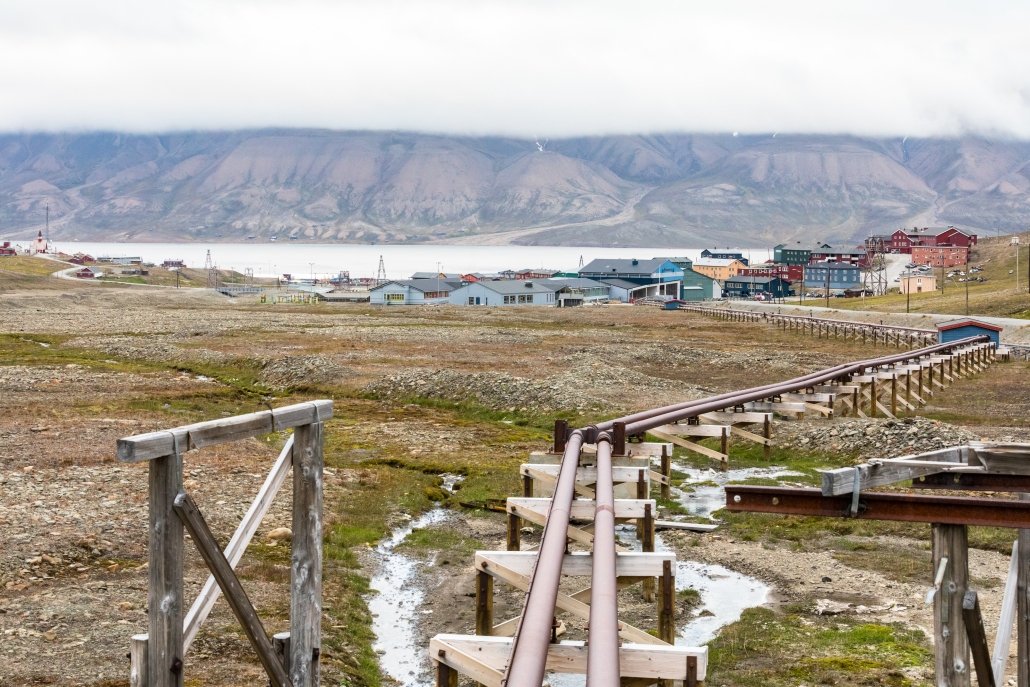 Utility pipes above ground in Svalbard

Svalbard is a very remote region, relying on transport such as planes and ships for access. Some roads depend on crossing frozen rivers in the winter, which is very dangerous. Locals rely on snowmobiles and 4x4s in the winter.

Sustainable development in the tundra