Jamaica Case Study – How can the growth of tourism reduce the development gap?

Jamaica is the fourth-largest island country in the Caribbean. It has a tropical climate with high temperatures throughout the year. Jamaica is famed for its beautiful sandy beaches and rich cultural heritage. It has excellent communications and is a popular destination for cruise ships. 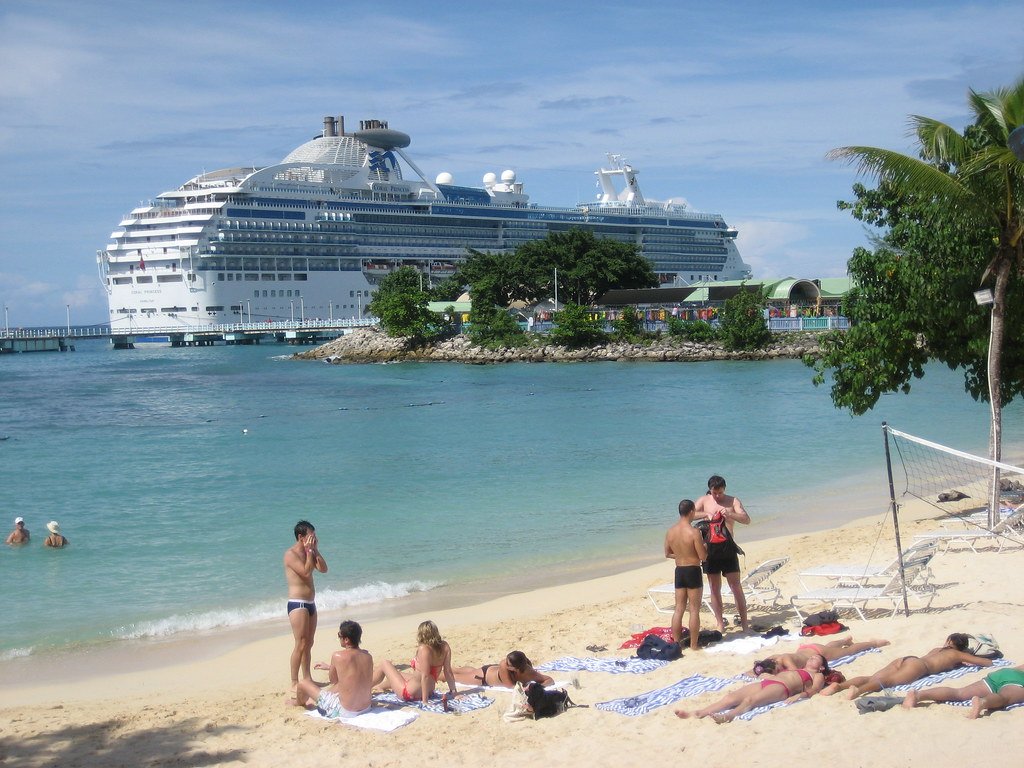 A cruise ship in Jamaica

How has tourism in Jamaica grown?

Tourism has seen significant growth in Jamaica. The graph below illustrates this.

As you can see, there has been an almost exponential growth in the number of visitor arrivals to Jamaica between 1994 and 2016. However, although visitor arrivals continued to increase in 2009, the change was not in line with previous years due to the recession, which reduced many people’s disposable income.

How has Jamaica reduced the development gap?

Tourism is one of Jamaica’s top sources of revenue. The industry contributes over 50% of the country’s total foreign exchange earnings (approx. US$2b). Thousands of Jamaicans work directly or indirectly in tourism. Tourism employs the second largest number of Jamaicans (approximately 200,000) directly in hotels, transport and attractions and indirectly in trading, manufacturing and banking.

Tourism in Jamaica benefits local farmers through the sale of produce to hotels. For example, Jamaica’s Sandals Resort Farmers Program grew from 10 farmers in 1996, supplying two hotels, to 80 farmers in 2004, supplying hotels island-wide. As a result, in 2018, the hotel chain provided more than $25 million in assistance, starting with the up-front purchase and distribution of $3.5 million of Irish potato seeds to five farmers in Manchester, Jamaica. Under the partnership, the five farmers will be the sole providers of Irish potatoes to the entire Sandals group, which comprises 11 resorts in Jamaica. The purpose is to enable the hotel chain to purchase potatoes locally rather than rely on imports.

There have been considerable investments in infrastructure to accommodate tourists. Port facilities have been expanded, as have airports and road infrastructure. However, the development of roads followed much later as catering for cruise ships was prioritised. Some hotel owners have not been happy with this.

Many people in key tourist areas, such as Montego Bay, have benefited from an improved quality of life due to tourism. However, pockets of poverty still exist.

The environment has benefited from landscaping projects and the introduction of nature parks.

Strategies for reducing the development gap