The Earth’s tectonic plates are constantly moving like giant ‘rafts’ on top of the semi-molten mantle below. However, this movement is slow and rates vary from less than 2.5cm /yr to over 15cm/yr.

One explanation for the movement of the Earth’s crustal plates is believed to be convection currents which occur in the semi-molten mantle. These convection currents are created by heat from within the earth – much of which is generated by radioactive decay in the core. 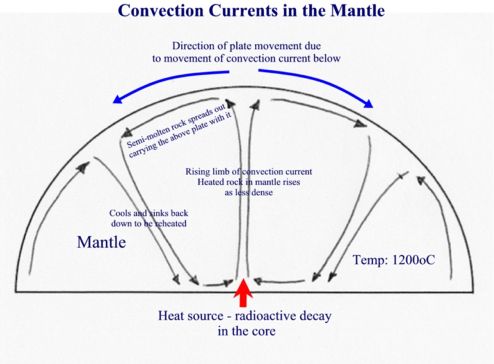 Convection currents in the mantle

So how do convection currents cause plate movements? As the semi-molten rock in the mantle is heated it becomes less dense than its surroundings and rises. As it reaches the crust above, it spreads out carrying the plates above with it. As the semi-molten rock then cools, it gradually sinks back down to be re-heated (see diagram above).

Another explanation for plate movement is ridge push. Newly-formed plates at oceanic ridges (constructive plate margins) are warm, and so have a higher elevation at the oceanic ridge than the colder, more dense plate material further away; gravity causes the higher plate at the ridge to push away causing the plates to move away from each other. 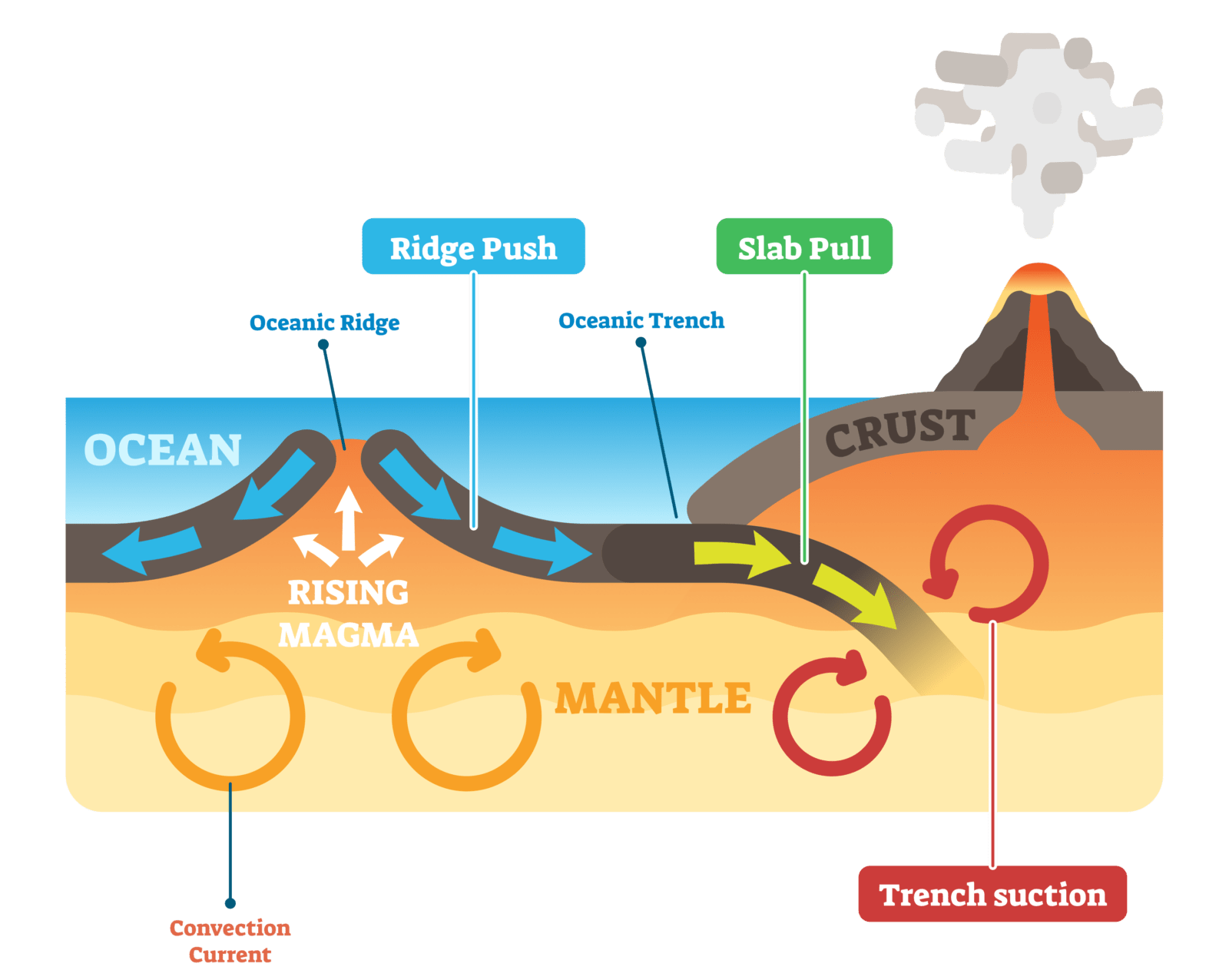 Convection currents, slab push and slab pull are believed to be responsible for tectonic plate movement

Additionally, at destructive plate margins the denser, oceanic plate sinks into the mantle under the influence of gravity, which pulls the rest of the plate along with it. This is known as slab pull.

Recent research has shown that the major driving force for most plate movement is slab pull, because the plates with more of their edges being subducted are the faster-moving ones. However, ridge push has also been presented in recent research to be a force that drives the movement of plates.