Blakeney Point is a spit that extends along the north Norfolk coastline, close to the villages of Blakeney, Morston and Cley next the Sea. Blakeney Point extends 6.4km (4 mi) and consists of sand, shingle and dunes. Material is moved along the spit carried by the action of the waves, through a process called longshore drift. On land, sediment is blown by the wind to form sand dunes.

Sand and shingle accumulate and forms a narrow ridge where the direction of the coast changes. Larger material, such as pebbles, is found at the start of the spit at Salthouse. 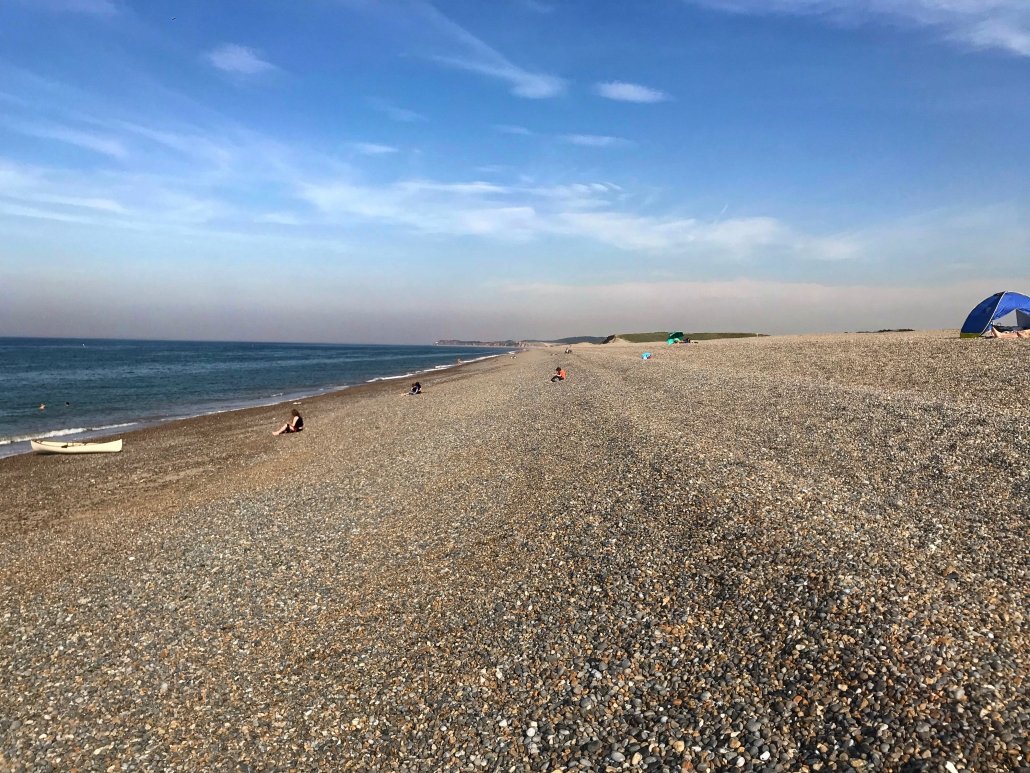 Salthouse Beach – a steep shingle beach with a series of berms.

Sediment is transported along the coast in a westerly direction due to the prevailing wind from the north-east. The image below illustrates the angle of approach by the North Sea. The material becomes finer with distance along the spit because heavier material is deposited first. Sand dunes also form as the wind blows sand up the beach. 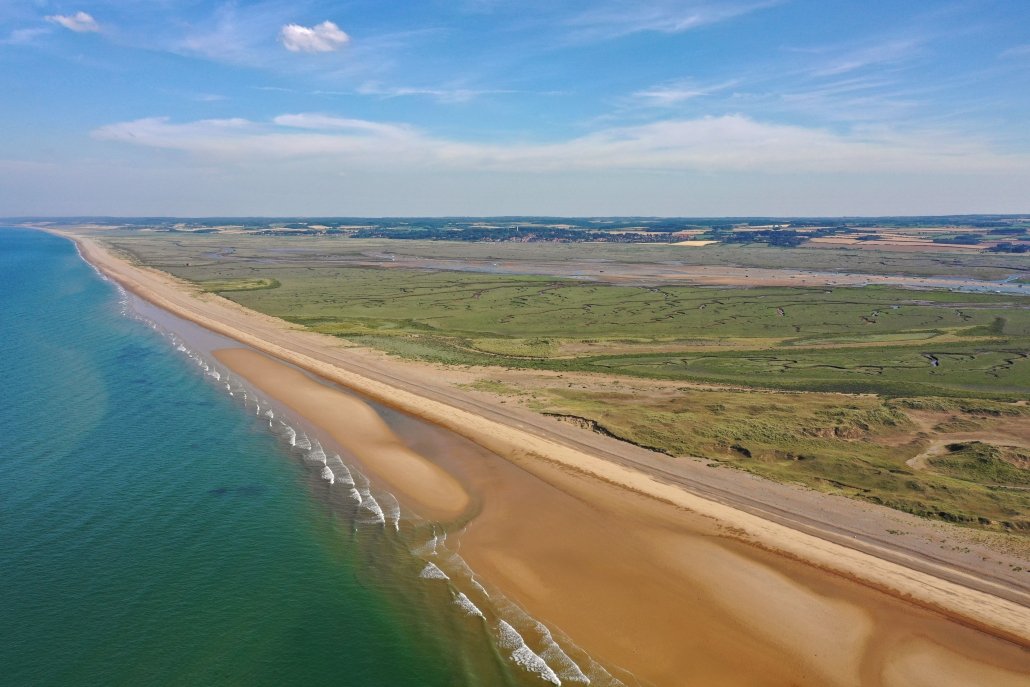 Sediment becomes smaller, and sand dunes form as you travel north-west along the spit

The image below shows the most western end of the spit and Blakeley Harbour. The dark cluster towards the left of the image is a colony of seals. 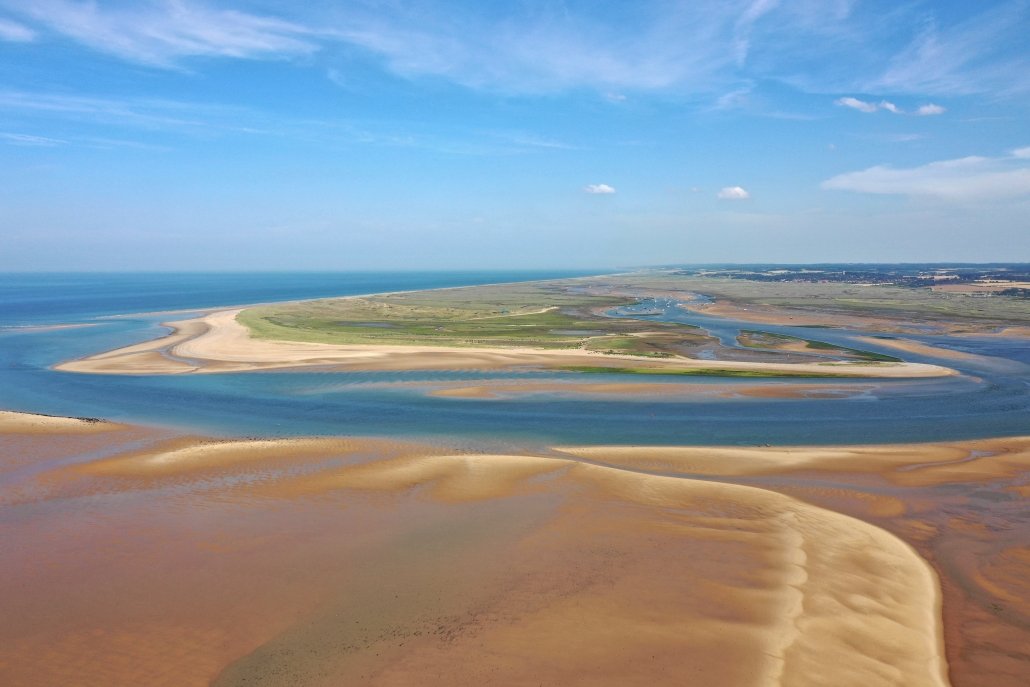 The spit constantly changes shapes due to the processes of erosion, transportation and deposition. The image below shows an area of deposition close to the mouth of Blakeley Harbour. 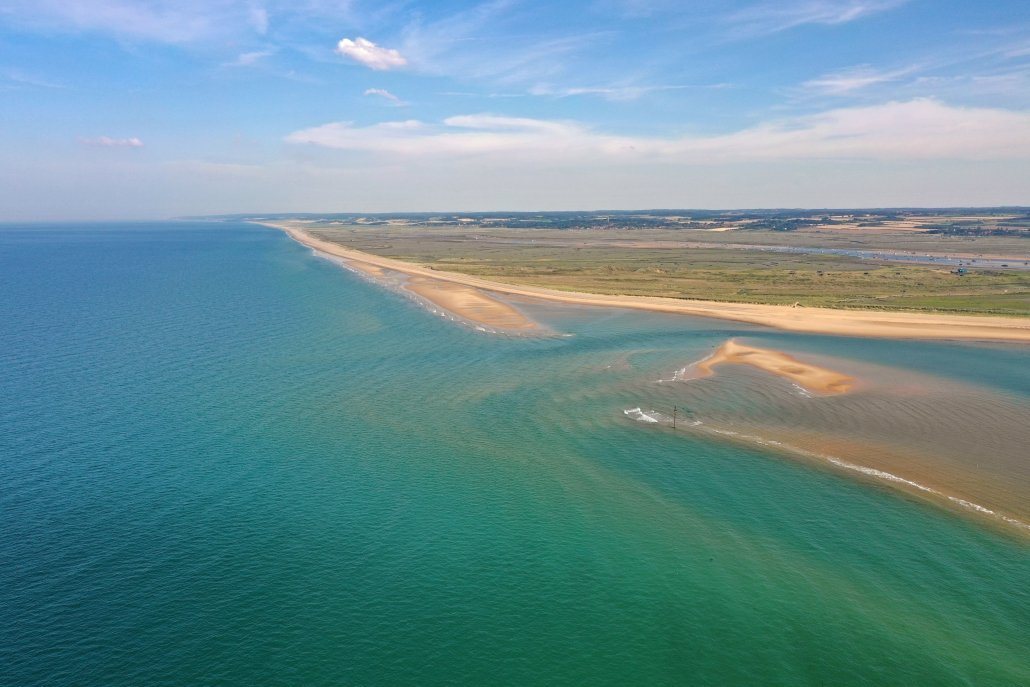 Deposition close to the mouth of Blakeley harbour.

On the sheltered, inland side of the spit, saltmarsh has formed, providing a rich habitat for a range of wildlife. 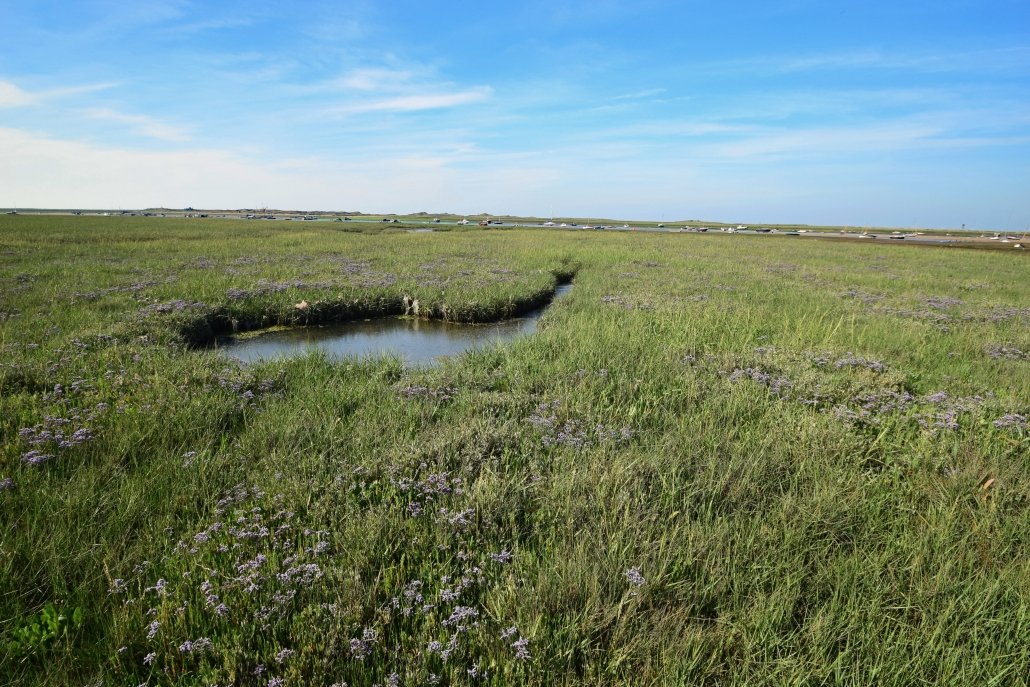 The marshlands have formed on the inland, sheltered side of the Blakeney Point as silt levels have increased. The saltmarsh is colonised by plants, partially submerged at high tide and visible at low tide. The environment provides important international breeding grounds for migrating birds including arctic terns, oyster-catchers and brent geese. Additionally, the spit is a breeding ground for grey and common seals.

Blakeney Point is both a Site of Special Scientific Interest (SSSI) and an Area of Outstanding Natural Beauty (AONB).

Blakeney Point is a popular leisure and recreation destination. The diverse number of species attracts Bird-watchers, the River Glavern provides access to Blakeney Harbour and the North Sea for boat owners and the large seal colony is a popular tourist attraction.

Conflict can occur at Blakeney Point. Examples include: