What is a tsunami?

What is a Tsunami?

Tsunami is a Japanese word meaning ‘harbour wave’. A tsunami is a long, high sea wave, produced by a disturbance, such as a volcanic eruption, submarine earthquake or coastal landslide. 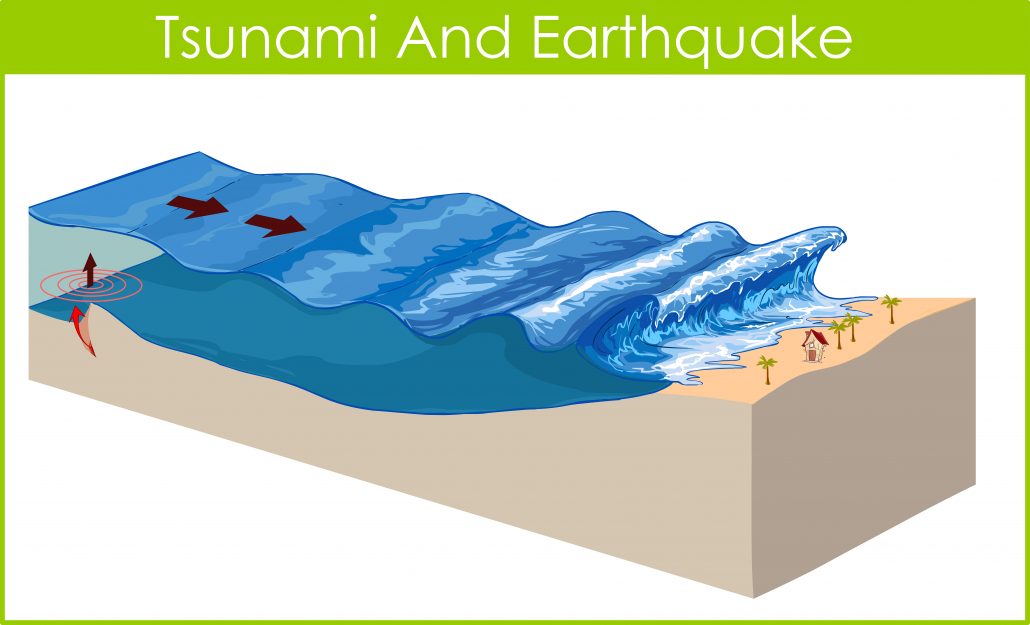 A tsunami is a long, high sea wave, produced by a disturbance, such as a volcanic eruption, submarine earthquake or coastal landslide.

What causes a tsunami?

When an earthquake, volcano or landslide happens on the ocean floor, water is displaced. Displacement occurs when an object is immersed in a fluid, pushing it out of the way and taking its place.

The image below illustrates how volcanic material causes displacement leading to the formation of a tsunami. 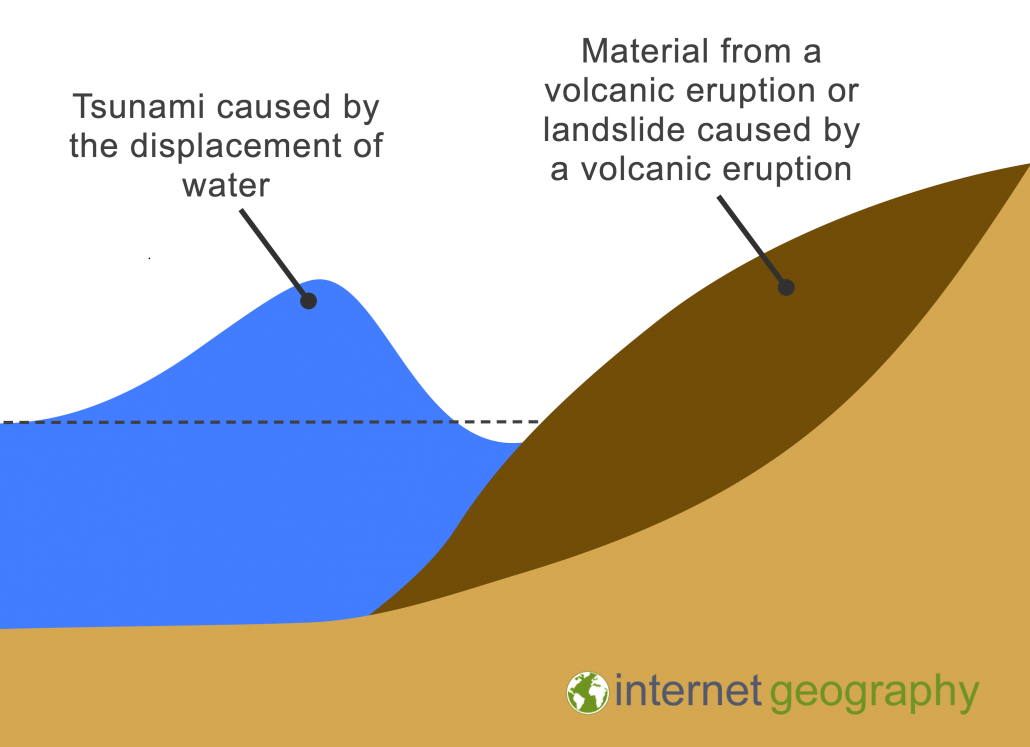 An example of a tsunami caused by a volcanic eruption is the Indonesian Tsunami which occurred in the Sunda Strait on December 2018. The tsunami was caused by the sudden failure in the west-southwest flank of the Anak Krakatau volcano which was active at the time.

Undersea earthquakes can also cause tsunamis. However, the earthquake must be a shallow marine event that displaces the seafloor. A thrust earthquake is more likely to cause a tsunami. This is because as a plate moves upwards it displaces water leading to the formation of a tsunami.

Water displacement forms the start of the tsunami. As waves reach shallower water, near the coast for example:

What are the effects of tsunamis?

It is hard to see that a tsunami is approaching. The most obvious sign is when coastal water retreats just before the waves reach the shore. This is actually the trough of the wave following behind.

Coastal flooding is the main impact of a tsunami. They are also able to erode the foundations of coastal structures. Tsunamis give no natural warnings except when the wave is approaching the sea retreats exposing hundreds of metres of seabed and beach. The waves then hit the land at intervals of between 5 and 40 minutes. The tsunami doesn’t break like normal waves it keeps travelling on over the land for as far as it can, this can be as much as 1km inland.

How do humans respond to tsunamis?

CWarn.org is a global tsunami warning and alert system. Registration and membership is totally free.

CWarn monitors global earthquake activity and alerts registered members, via an SMS text message on their mobile phones, should a tsunami threaten their particular location.

The CWarn system makes use of its member’s latitude and longitude, taken from the member’s registered location to calculate the distance from the earthquake and possible threat levels.

All possibly affected members are sent an SMS message detailing earthquake magnitude, time, date, location and threat level. The system also allows for members to change their location should they be travelling to another location.

Following the Boxing Day Tsunami in 2004 the Indian Ocean Tsunami Warning System, an $11m project, has been developed. The Intergovernmental Oceanographic Commission has overseen the development and operation of the Pacific Tsunami Warning System for several decades and this experience was instrumental in coordinating the necessary intergovernmental processes and technical support that the Indian Ocean countries needed. You can find out more about this initiative on the United Nations Office for Disaster Risk Reduction website.