A river basin is an area of land drained by a river and its tributaries. River basins have typical features, these include:

Tributary – a smaller river or stream flowing into a larger river.

A confluence – where a river joins another river. 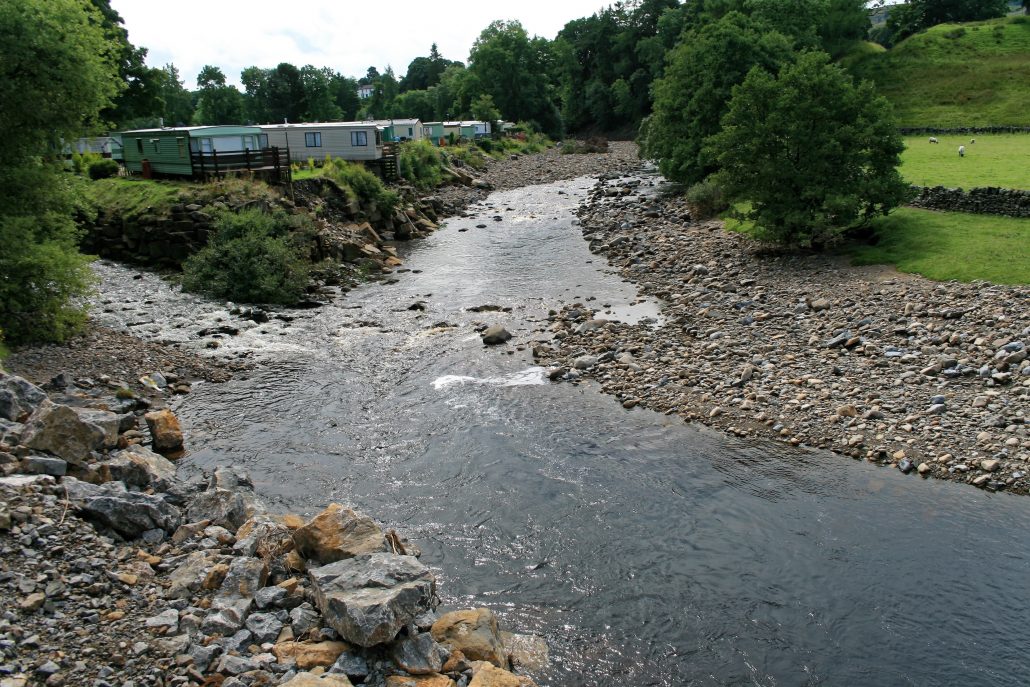 A confluence in a river. A smaller tributary flows into the main river.

A Watershed – an area of highland surrounding the river basin.

Source – the start of a river.

Mouth – Where a river meets a lake, the sea or an ocean.

The diagram below shows these features.

The main features of a drainage basin

A drainage basin is an example of an open system because it is open to inputs from outside, such as precipitation, and is responsible for outputs from the system, such as river water into the sea and the evaporation of water to the atmosphere.

The River Tees – landforms of erosion and deposition