Availability of water across the UK is uneven.

Population distribution in the UK is uneven. The most densely populated areas are often located in areas that are the driest. As you can see from the map below population density in the UK is highest in the south-east. One-third of the population of the UK live in this area. 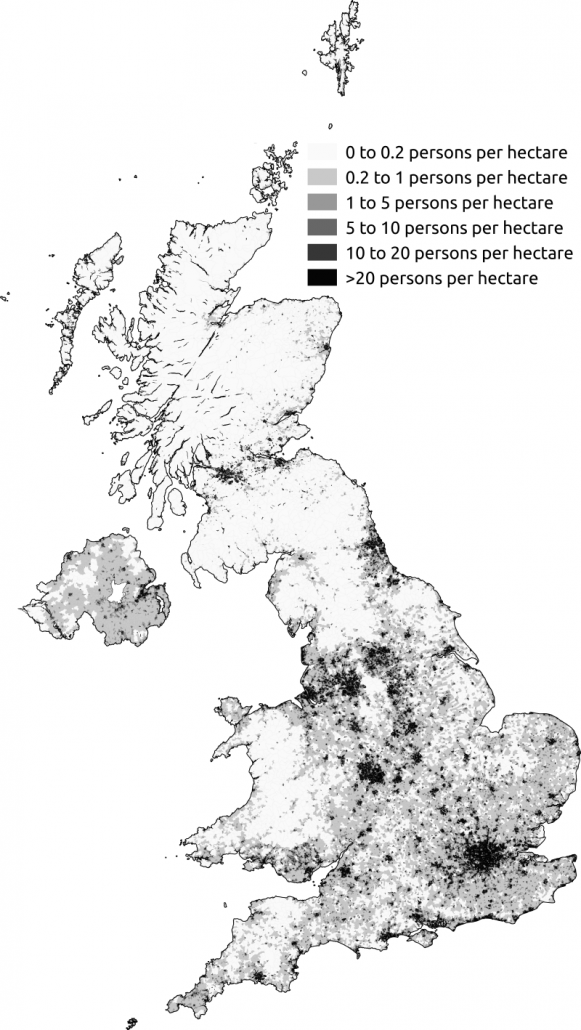 However, the south-east is also one of the driest areas in the UK. The map below shows average yearly rainfall rates in the UK between 1981 to 2010. 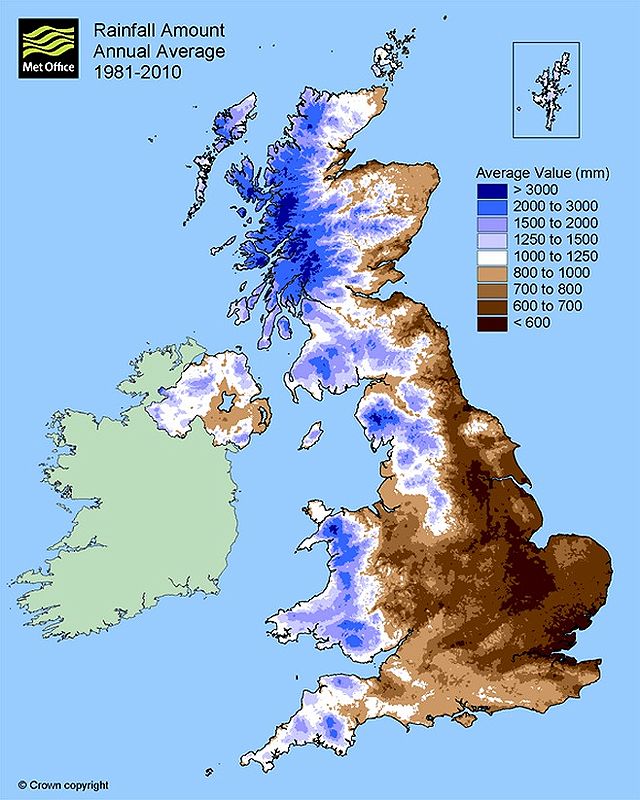 From the rainfall map, it is clear that some areas experience high levels of rainfall but have a low population density. An example of this is North Wales. This suggests the area has a water surplus. However, the south-east of England has low levels of rainfall, however, population density it high. The area experiences a water deficit. Which means it does not have enough water to meet the needs of the population. Areas which suffer from significant water deficits are said to be undergoing serious water stress when the water available is not sufficient to meet the needs of the population or is of poor quality. The map below shows areas affected by water stress.

Why is the north and west of the UK so wet?

The north and west of the UK are wet because they are largely upland areas. This means air moving from the west to the east has to rise over high land. As the air rises it cools, condenses and forms clouds. This then results in rain. This is known as relief rainfall.