An important skill of a geographer is to be able to describe the location of a place. A useful technique to help you with this is CLOCC: 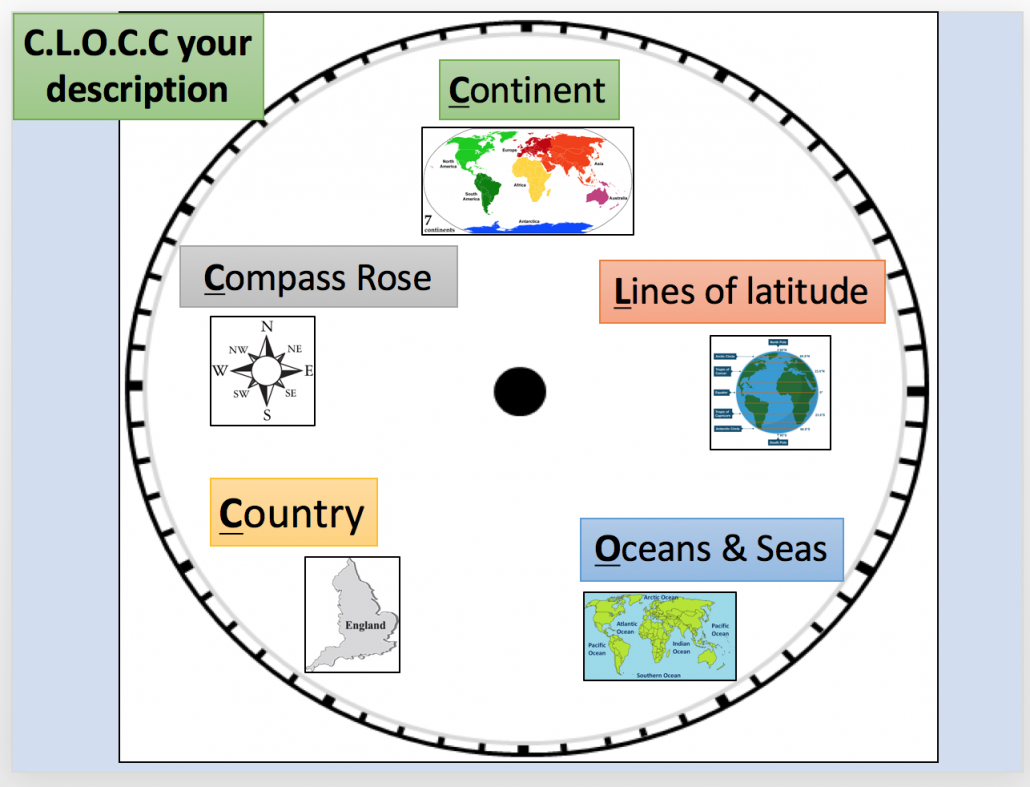 The mainland areas lie between latitudes 49°N and 59°N and longitudes 8°W to 2°E. The UK lies between the North Atlantic Ocean and the North Sea, and comes within 35 km (22 miles) of the northwest coast of France, from which it is separated by the English Channel.