What is a line graph?

A line graph is a simple graphical technique to show changes over time (continuous data). In all line graphs, you will find an independent and dependent variable.

An independent variable is a variable that stands alone and isn’t changed by the other variables you are trying to measure.

A dependent variable is a variable that is changed by other variables.

If we take a traffic count that is completed over a period of time, the sentence would only work like this:

Line graphs can show multiple sets of data over time.

When is using a line graph appropriate?

A line graph is appropriate for presenting continuous data.

Creating a line graph is relatively simple. In this example, we will produce a line graph to show the results of a traffic count. Students have collected raw data that shows the number of vehicles travelling along High Street at hourly intervals. The data is shown below. 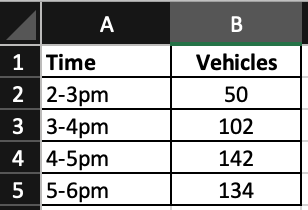 Using your raw data, make a mark (e.g. x) at the point where the two values meet on the graph.

Using a ruler, join the marks you have made with a line. 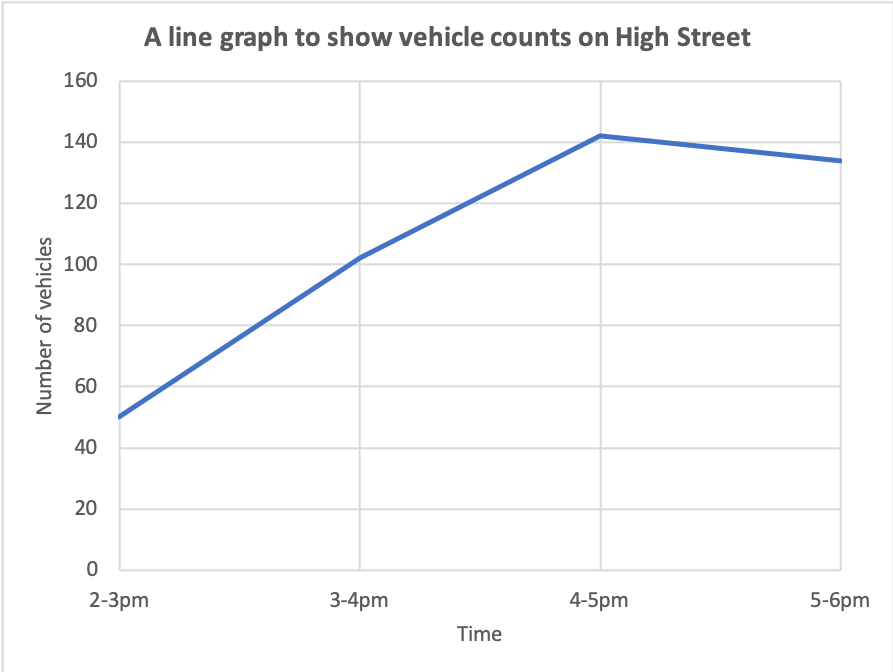 Line graphs can show multiple sets of data, as shown below. 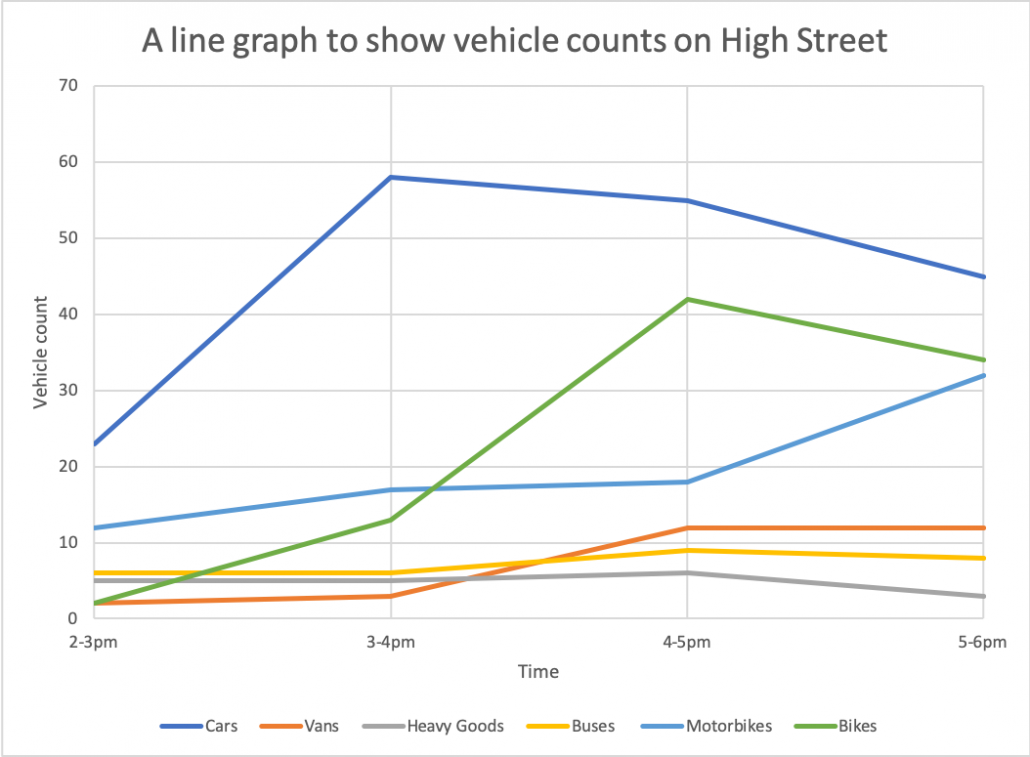 To read a line graph, you need to read along the correct scale to find the value you want. Then read along across or up to the line you want, then read the value of the other scale.

Create your own line graph

The data below shows the results of a series of traffic counts outside of Eco School. Produce a line graph using the data. 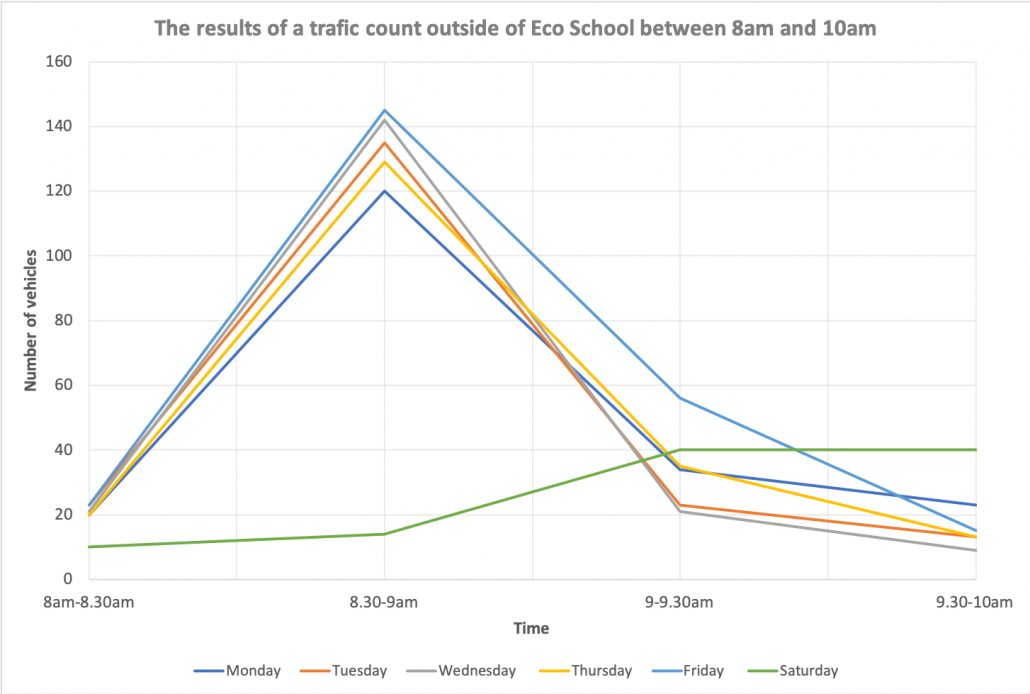 Of course, line graphs are much easier to create using spreadsheet software such as Excel and Google Sheets. Download an example using the data shown above.