What is a scatter graph? 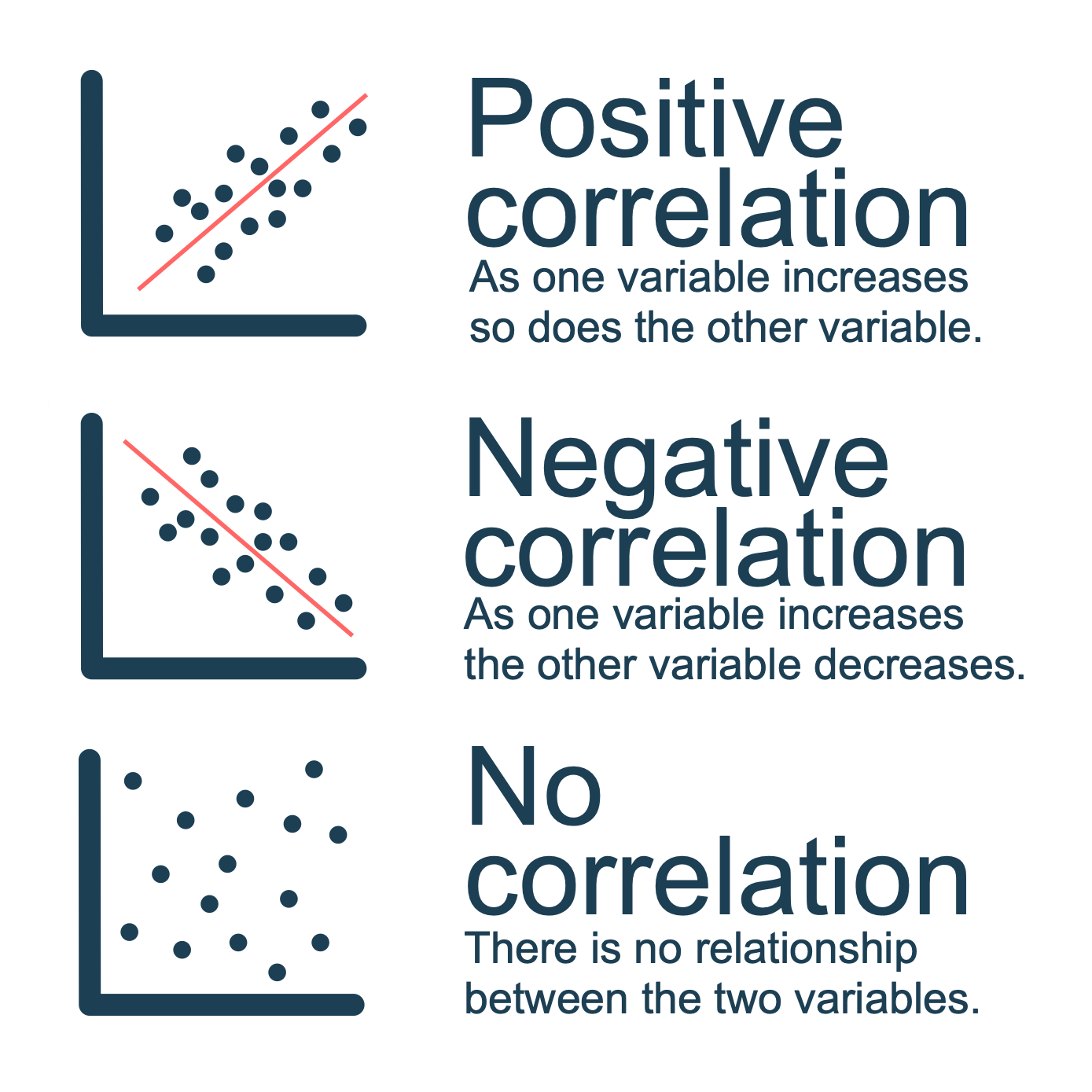 When is using a scatter appropriate?

A scatter graph is appropriate when you are investigating whether there is a relationship between two variables.

In this example, we will investigate whether there is a relationship between the width and depth of a river as it moves from source (1) to mouth (10). We will use the data below in this example. 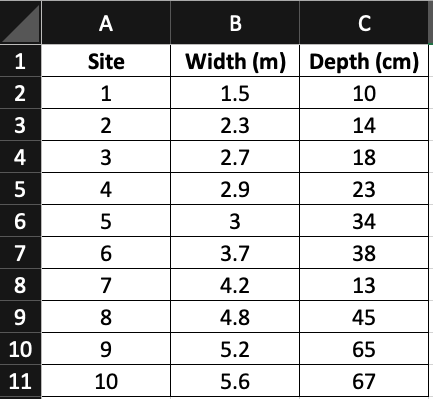 come up with an appropriate scale on the x-axis for the width. Make sure the scale allows the highest value to be plotted. Repeat this for the depth of the river on the y-axis. Remember to label your axis.

Plot them measurements on the graph, labelling each site. 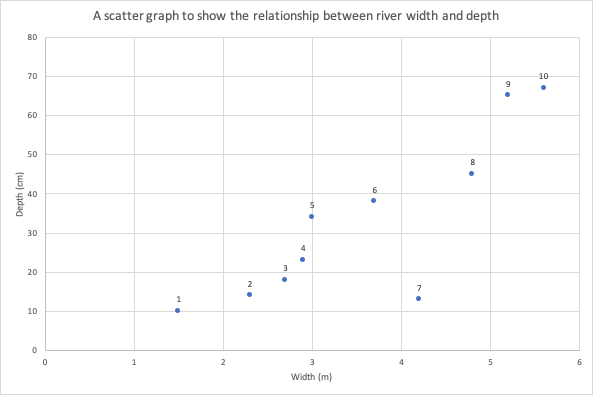 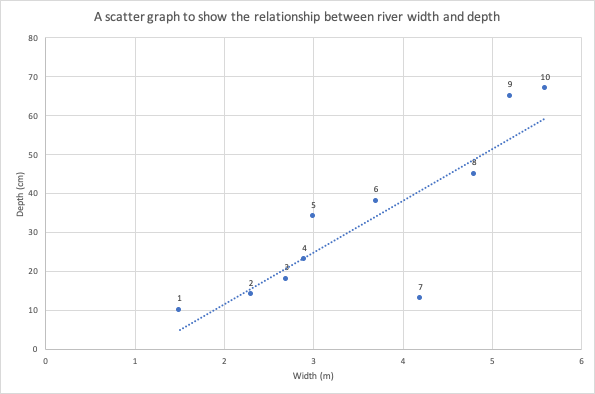 The line will indicate the correlation (strength of relationship) between the two data sets (variables). Relationships can be positive, negative or will have no correlation at all.

Create your own scatter graph

The data below shows the depth of a stream with distance from the source. Create a scatter graph with a line of best fit. 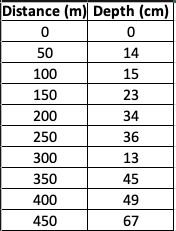 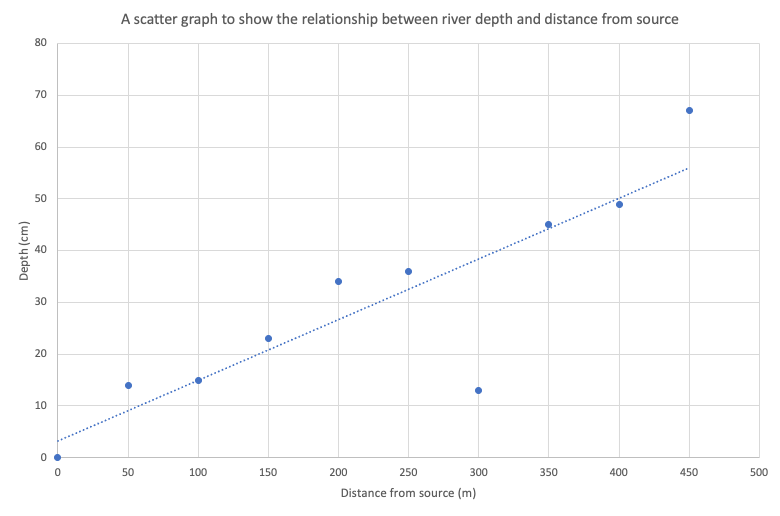 Of course, scatter graphs are much easier to create using spreadsheet software such as Excel and Google Sheets. Download an example using the data shown above.