Hurricane Ian formed over the central Caribbean Sea late Friday, September 23, 2022, as a tropical storm, the ninth tropical storm of the 2022 season. 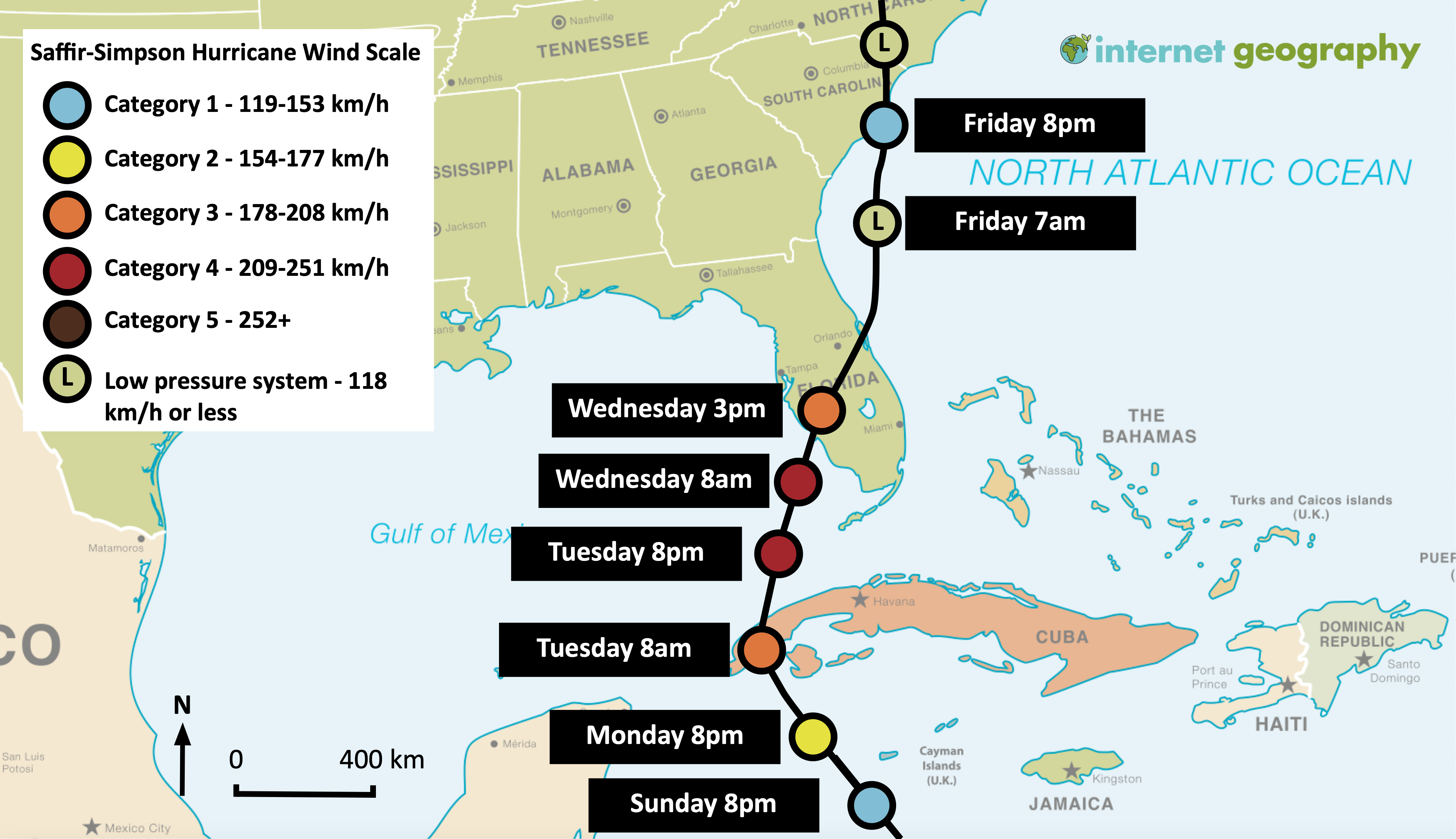 The path of Hurricane Ian

The hurricane barrelled through Cuba on Tuesday, 27th September 2022, and much of the island was left without power. The country was already suffering from a dire economic crisis with regular power outages and shortages of food, medicine, and fuel. Those challenges will likely make it more difficult for residents to recover from Hurricane Ian.

Hurricane Ian, one of the most powerful hurricanes to hit the U.S. in decades, made landfall on Wednesday 28th September 2022, in southwest Florida with devastating winds, heavy rainfall, flooding, and a life-threatening storm surge that submerged city streets, vehicles, and homes along the state’s Gulf Coast. As Hurricane Ian approached Florida, it gained energy and developed from a category three to a category four hurricane.

The hurricane made landfall along the southern portion of Florida’s Gulf Coast shortly after 2 pm local time on Wednesday 28th September 2022. Hurricane Ian hit Florida’s coast on Sanibel and Captiva Islands, causing a dramatic storm surge in the area, which was under an evacuation order. 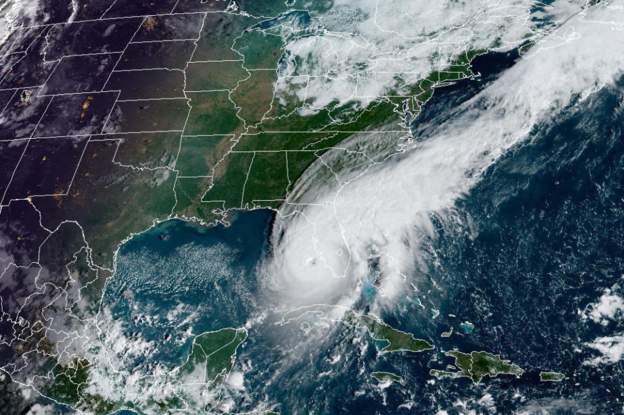 The hurricane experienced wind speeds of up to 250km/h (155mph), just shy of the threshold for a category five storm – the strongest classification.

What causes Atlantic hurricanes, and are they getting worse?

What were the primary effects of Hurricane Ian?

Naples beach, in southwest Florida, has seen a storm surge – effectively a wall of water of more than six feet- transforming roads into rivers.

Rare footage from the storm wall shows the storm surge at Fort Myers Beach in Florida.

*RARE* first person view of storm surge. This camera is 6 feet off the ground on Estero Blvd in Fort Myers Beach, FL. Not sure how much longer it keeps working. You’ll see it live only on ⁦@weatherchannel⁩ #Ian pic.twitter.com/WwHtvgVxjY

A video has emerged online of the roads in Fort Myers Beach in Florida being completely submerged in water on Wednesday morning due to intense flooding.

What were the secondary effects of Hurricane Ian?

Around ten thousand people were forced to stay in emergency shelters due to being made homeless by Hurricane Ian.

Road and rail networks across Florida are blocked by debris, making it challenging to provide support and aid to people affected.

What were the immediate responses to Hurricane Ian?

The US National Weather Service issued an extreme wind warning for Englewood, Rotonda and Grove City, near where the eyewall moved onshore, until 14:00 local time (18:00 GMT) on Wednesday 28th September 2022.

A flood warning was announced for east central Florida until 16:00 local time.

The US National Weather Service shared forecasts of the path of the Hurricane on social media. 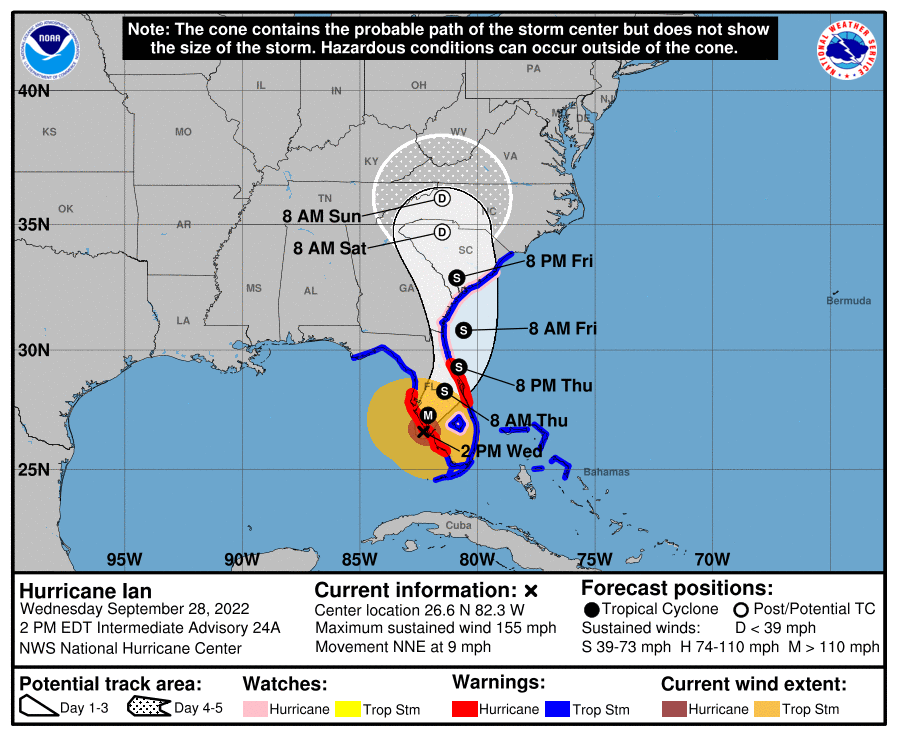 #HurricaneIan is making landfall now. Florida is ready to respond. We have fleets of highwater vehicles, 42,000 linemen, 7,000 National Guardsmen and 179 aircraft prepared to help.

Regions outside of the storm’s direct path braced for possible tornadoes. A tornado watch was issued by the US National Weather Service until 17:00 local time (22:00 GMT) for a large area in east central Florida.

A tornado watch has been issued for parts of Florida until 5 PM EDT pic.twitter.com/NEITjMwXIg

More than 2.5 million people in Florida were under evacuation orders before the storm hit.

At least 15 hospitals and 40 nursing homes were evacuated.

Tropical storm watches and warnings were issued as the storm approached North and South Carolina.

US President, Joe Biden, issued a disaster declaration for Florida which authorised the Federal Emergency Management Agency to coordinate disaster relief efforts in all its 100 counties and for the Eastern Band of Cherokee Indians – a federally recognised Indian tribe based in western North Carolina.

The American Red Cross sent more than 1,000 disaster workers to provide shelter and food for the homeless.

What were the long-term responses to Hurricane Ian?