Only 40 per cent of the 10,000 tonnes of daily waste produced in Lagos is collected. The collected waste is dumped in landfill sites such as Olisosun. Of the waste collected, only 13 per cent is recycled by the 500 people who work the site informally. They collect and sell materials such as plastic bottles and clothing.

Uncollected waste accumulates in many parts of the city, particularly in poorer areas.

Lagos is one of the most congested cities in the world. 40 per cent of cars in Nigeria are registered in Lagos. On average, commuters spend three hours in traffic each day. 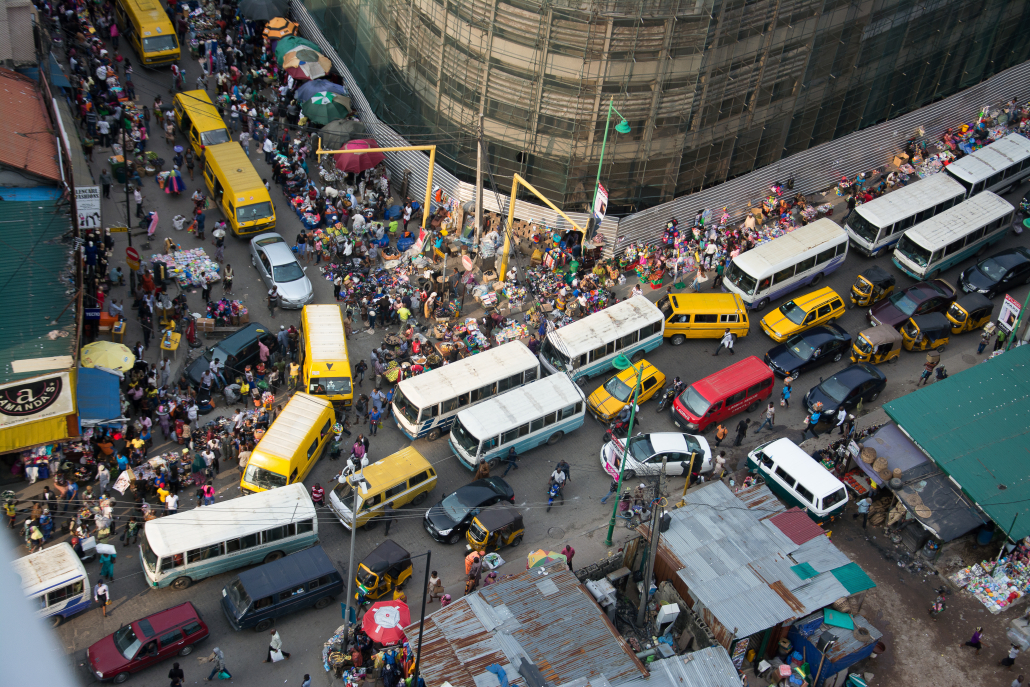 Traffic congestion leads to many problems for the residents of Lagos. For example, the fatal accident rate in Lagos is 28 per 100,000 people. This is three times greater than in most European cities. Also, air pollution is over 5 times greater than the recommended limit. Significant congestion also has a negative impact on businesses in the city.

A bus rapid transport system, with a separate bus lane that transports 200,000 commuters to the central business district (CBD) on Lagos Island, was introduced by the Lagos Metropolitan Area Transport Authority.

A new light railway scheme is being developed in Lagos. The first stage of the Lagos Rail Mass Transit (LRMT) opened in 2016 and runs from a west-east route into the CBD. The system carries seven times as many passengers as the BRT. There are plans to develop the network to incorporate seven further rail lines. This is part of a wider Strategic Transport Master Plan for Lagos which includes: