The way the Earth orbits the sun changes from an almost perfect circle to an ellipse and back again every 96 000 years. The Earth will receive more solar radiation during a circular orbit compared to an elliptical orbit. This would account for the glacials and interglacials during the Quaternary period. 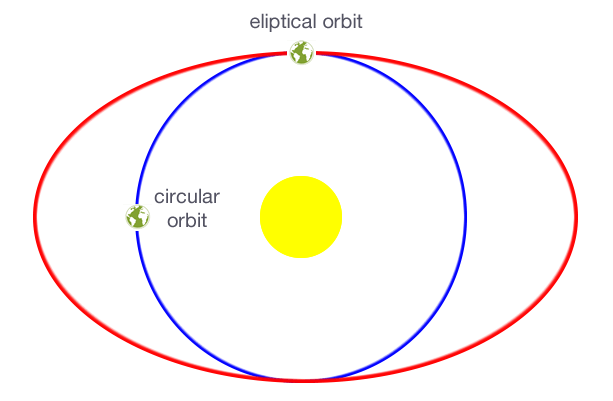 Orbital changes in the rotation of the Earth around the sun

Significant volcanic eruptions can put large quantities of ash and gas into the atmosphere. These particles can reflect the Sun’s energy into space.

The energy released by the Sun is not constant. If changes in cycles of around 11 years. When solar output is reduced the Earth’s climate might become cooler. There is a general agreement amongst scientists that solar output does not have a significant effect on climate change.