What is a population pyramid?

A population pyramid is typically used to present age-sex data for an area. They look like two bar charts on their sides. They are usually presented as five or ten-year age groups with males on one side and females on the other. Horizontal bars are drawn to present the number or proportion of males and females in each age group.

When is using a pyramid chart appropriate?

A pyramid chart is appropriate for presenting population data to show a country’s population’s age and gender breakdown. Pyramid charts can be used when two sets of continuous data are available, for example, a pedestrian count for a continuous timescale showing people moving in two directions.

There are two ways of presenting population pyramids. The first is with the y-axis plotted to the left (see below), and the data is expressed as percentages. 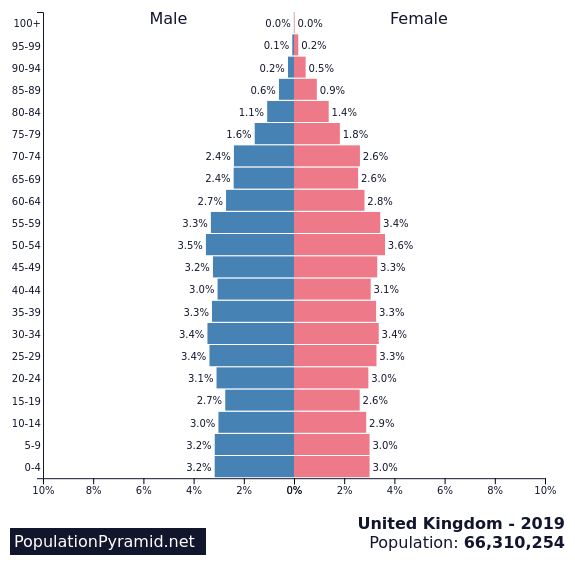 Population Pyramid for the UK

The second is with the y-axis being plotted between the bars (as shown below); in this case, the raw population data is shown.

A population pyramid for the UK in 2016

Draw each of the bars to the correct value.

The bars should be coloured the same because it is continuous data.

Why are population pyramids important?

A population pyramid provides the age-sex structure of the population. A range of information can be extracted from a population, including:

Population pyramids can appear quite complicated when you study one for the first time. The shape of a pyramid chart provides an overview of the data. Use the pointers below to help interpret population pyramids:

Create your own population pyramid

Create a pyramid graph for the population structure of the USA in 2014 using the data below. 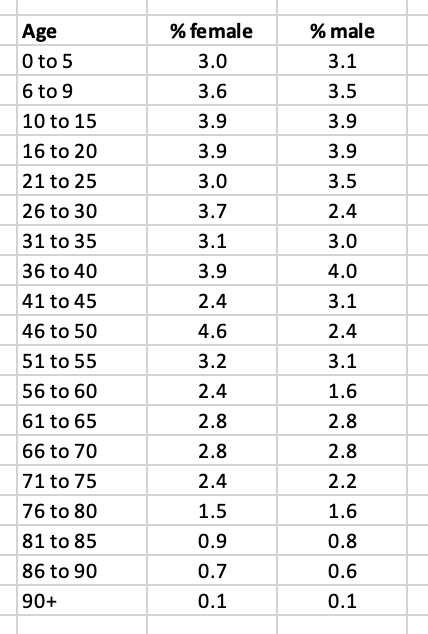 US Population Data for 2014 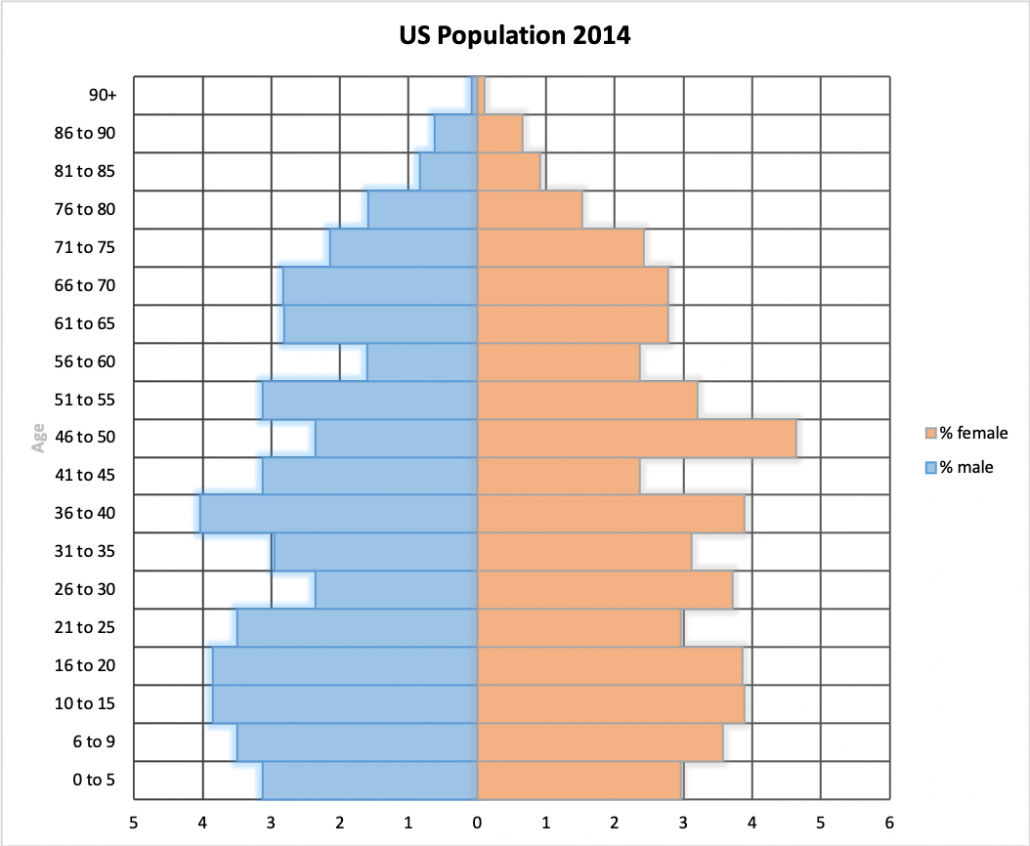 Of course, population pyramids are much easier to create using spreadsheet software such as Excel and Google Sheets. Download an example using the data shown above.