A significant heatwave affected the UK in July 2022. 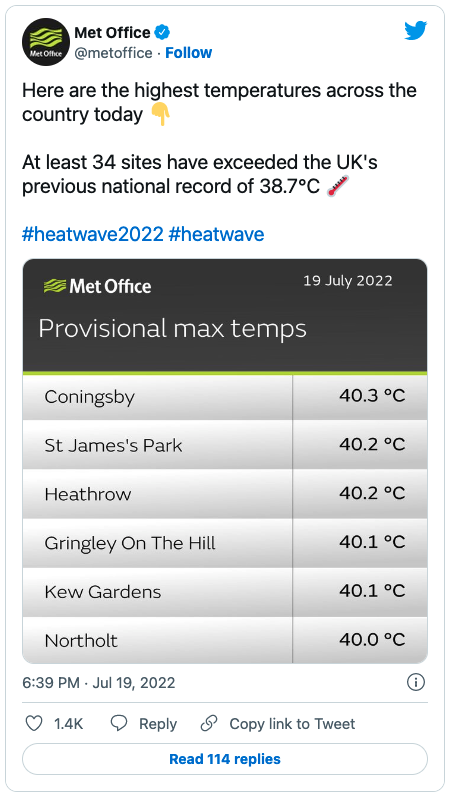 What caused the heatwave in July 2022?

A high-pressure system called the Azores High, which usually sits off Spain, grew more prominent and pushed farther north, bringing high temperatures to the UK, France and the Iberian peninsula.

A high-pressure heat dome, a large mass of hot air trapped by high pressure, brought record-breaking temperatures to Europe and the UK. 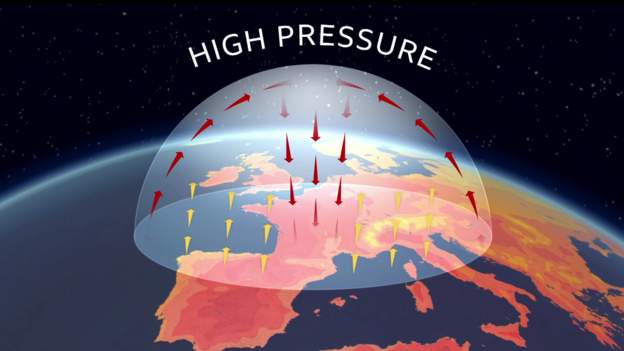 How is the heatwave linked to climate change?

The Met Office estimates that climate change made the heatwave ten times more likely. The overwhelming majority of scientists agree greenhouse gases – which trap the sun’s heat – are causing a rise in global temperatures and climate change. Moreover, human activity has enhanced the natural greenhouse effect by releasing carbon dioxide and other greenhouse gases.

Periods of intense heat occur within natural weather patterns. However, they are becoming more frequent worldwide, more intense and lasting longer due to climate change.

As heatwaves around the world hit record temperatures, this Nasa graphic reveals how the world has warmed since 1880.

What were the impacts of the 2022 heatwave?

During the heatwave, five people died in separate incidents involving water. Four were teenage boys, and a fifth was a man aged 20.

On Tuesday, 19th July 2022, the London Fire Brigade declared a major incident after a number of fires broke out in and around the capital. As a result, London firefighters experienced their busiest day since the second world war. The fire service usually expected 500 calls on a busy day but received more than 2,600 calls on Tuesday when more than a dozen fires raged simultaneously. Forty-one properties were damaged by fire in London.

More than 250 firefighters tackled three grass fires in London. About 175 firefighters are on Pea Lane in Upminster, east London, with smoke billowing over the M25 motorway.

A major blaze in the village of Wennington in east London ripped through fields and homes. Around 100 firefighters worked to bring the fire under control. 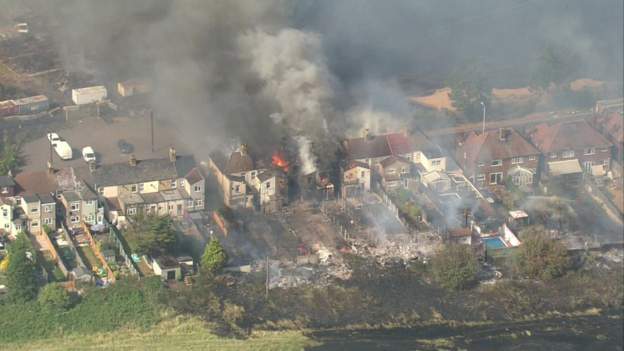 South Yorkshire Police declared a major incident due to the demand for services from fires across the county. Fires caused devastation in Doncaster, Barnsley and Rotherham. Firefighters with South Yorkshire Fire and Rescue spent the day battling wildfires in fields that destroyed people’s homes. Six houses were destroyed in Barnsley.

Network Rail said train travellers were around 40% lower than the previous week, with many services disrupted by the heat. The northeast mainline was closed for the day on 19th July 2022. In addition, a line-side fire near the London Euston-Milton Keynes railway caused all services on the line to be suspended. The blaze was caused when overhead electric cables came down in Harrow in north London, which Network Rail attributed to the extreme temperatures.

Rail services were also suspended between Manchester Piccadilly and Sheffield due to the extreme heat.

Some hospitals in England were forced to cancel surgeries because operating theatres were too hot.

Flights at Luton airport were stopped after heat caused surface defects on the runway. In addition, the RAF cancelled flights from Brize Norton with reports that the heat affected the runway.

Aysgarth Falls and riverbed, a popular waterfall attraction in the Yorkshire Dales, ran dry due to heatwave and low rainfall. 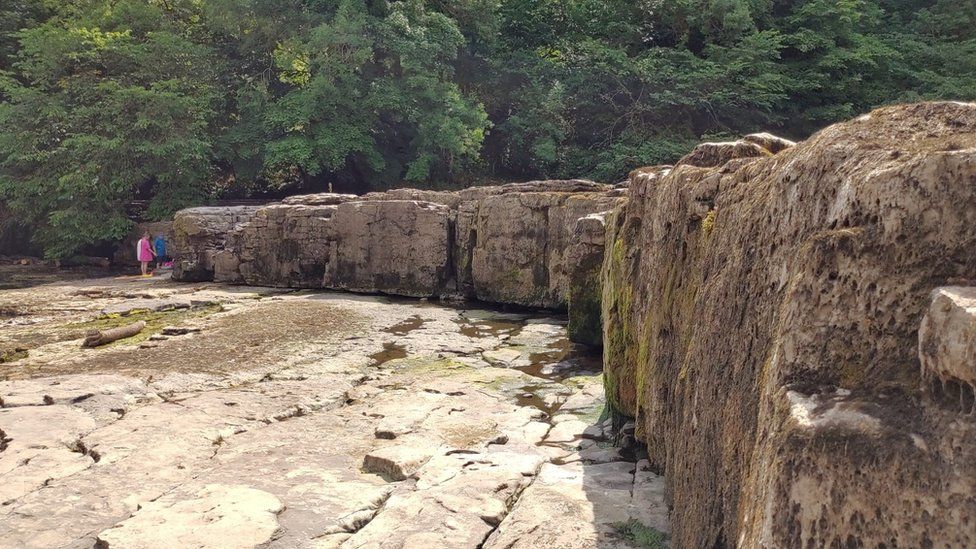 Aysgarth Falls during the July 2022 heatwave

What were the responses to the 2022 heatwave?

The Met Office issued the first ever Red warning for exceptional heat.

Gritters were deployed to protect roads from melting in the heat.

Hammersmith Bridge in London was wrapped in giant pieces of foil to stop it from overheating.

Railways’ speed was reduced due to the risk of rails buckling in the heat.

The East Coast mainline was closed to trains.

A major incident was declared in London by the fire service.

What is the difference between a tornado and a hurricane?