Hornsea, located on the Holderness Coast, has a range of coastal management strategies to reduce the impact of coastal erosion.

Hornsea is a small coastal town on the Holderness Coast, located between Bridlington and Withernsea. A 2.9km stretch of shoreline fronts the town of Hornsea. Hornsea consists of a high-density urban development containing residential and various tourist-related properties. Hornsea’s local economy is dependent on tourism and recreation, as well as incorporating a small fishing industry.

Hornsea lies upon boulder clay. This material is unconsolidated till was deposited by glaciers during the last ice age 18,000 years ago. The boulder clay consists of about 72% mud, 27% sand and 1% boulders and large pebbles.

What are the reasons for coastal management at Hornsea?

There are several reasons why planners have chosen to hold the line at Hornsea. These include:

What is the coastal management strategy at Hornsea?

Hard defences in the form of a concrete seawall and timber groynes afford protection, and an ongoing refurbishment programme ensures this has continued. The image below shows groynes to the south of Hornsea. 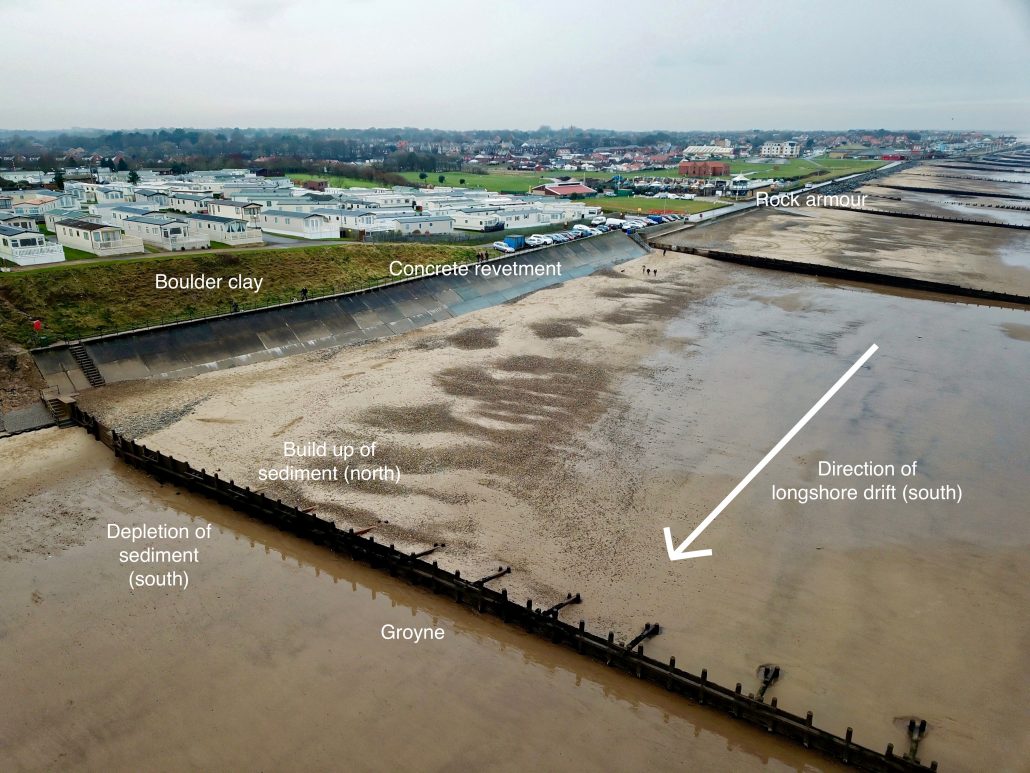 The sea wall provides effective protection from destructive waves. Rock armour has recently been placed along a considerable stretch of the sea wall to absorb wave energy and increase the lifespan of the sea wall.

The videos below show the importance of the seawall at Hornsea, particularly during a spring tide combined with strong winds!

A stone and steel gabion and a concrete revetment have been erected to the southern end of Hornsea. This helps protect Longbeach Leisure Park. The gabion absorbs wave energy, protecting the boulder clay cliffs behind.

More recently, rock armour has extended the coastal defences to the south of the town. This absorbs wave energy, protecting the boulder clay cliffs below the Longbeach Leisure Park park.

The image below shows coastal defences to the south of Hornsea. These include groynes, extending at right angles out into the sea, and rock armour can also be seen to the south. 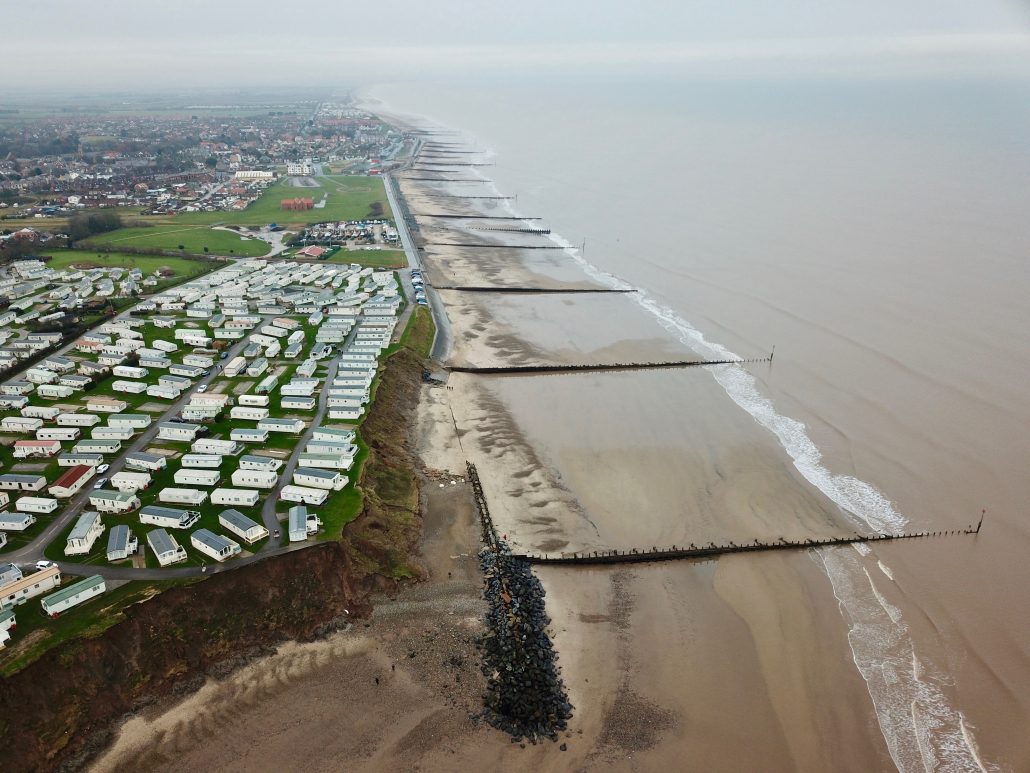 View north from the south of the defences

What are the effects of coastal management at Hornsea?

The groynes have ensured a wide, sandy beach which attracts thousands of visitors to the town, supporting many local businesses, including Longbeach Leisure Park, a holiday park to the south of Hornsea.

Where the defences end to the south of Hornsea, erosion rates have rapidly increased. The downdrift beach is starved of material, trapped behind groynes. Therefore, the unprotected, soft boulder clay is rapidly eroding. There is little beach material to the south of the defences, so even neap tides (low-high tides) reach the base of the cliffs.

The image below shows the impact of the terminal groyne. 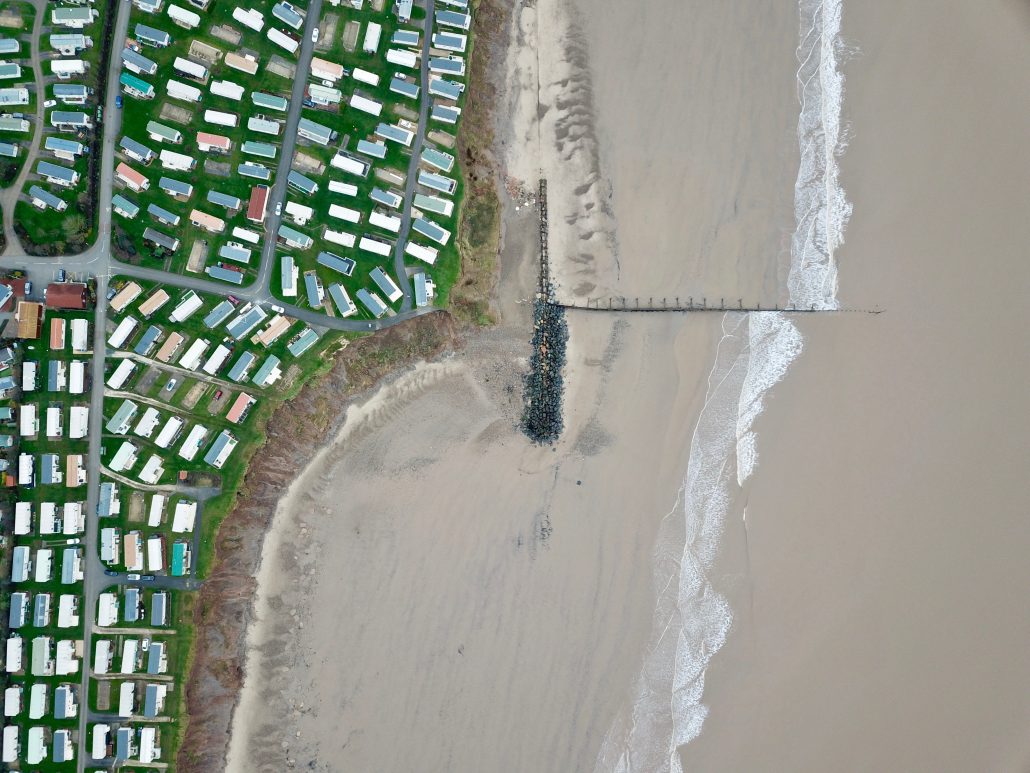 Take a look at the Hornsea gallery and video collection.