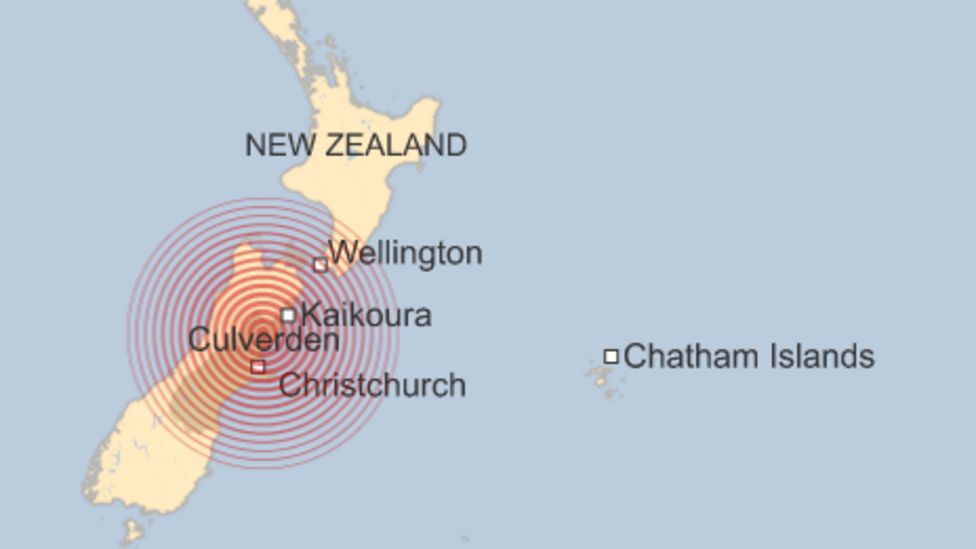 It was felt as far afield as the capital Wellington on the North Island, 120 miles (200km) away.

A tsunami arrived about two hours later. People along the eastern coast were warned to head inland or to higher ground.