The area known as Spurn forms the southern extremity of the Holderness coast and includes the unique feature of Spurn Point, a sand and shingle spit 5.5km long, reaching across the mouth of the Humber.

Spurn is made up of the material which has been transported along the Holderness Coast. This includes sand, sediment and shingle.

Spurn is an example of a feature geographers call a spit. 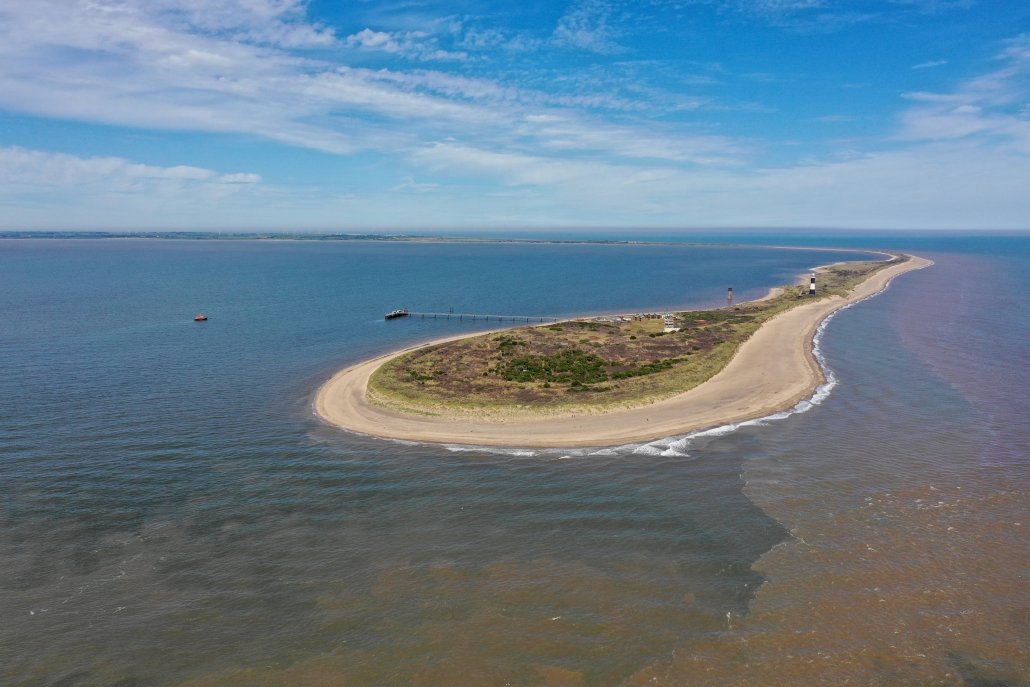 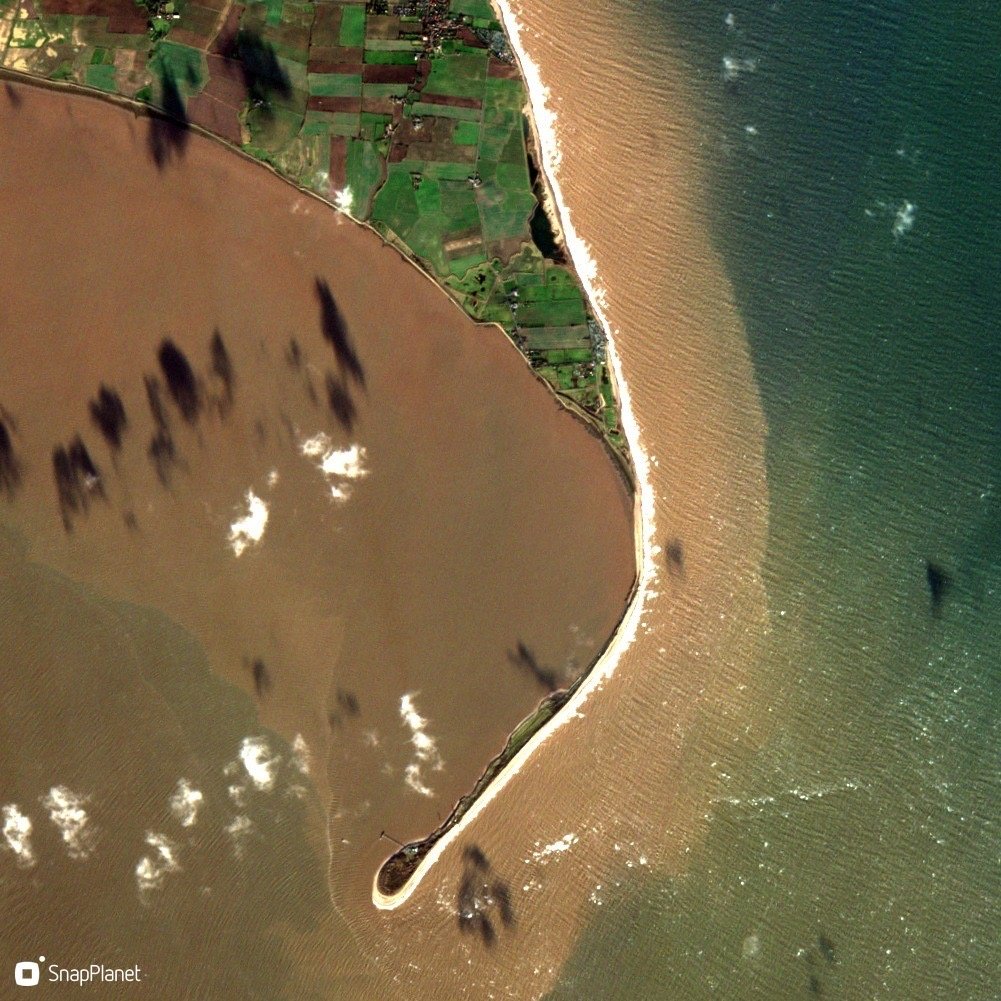 A satellite image showing sediment being transported along the coast at Spurn Point.

The energy in the waves transporting the material reduces where the North Sea meets the Humber Estuary. As a result, the material is deposited. This process is known as deposition.

The diagram below shows the formation of Spurn Point.

Sand dunes have formed along Spurn. These have been colonised by vegetation, particularly marham grass. 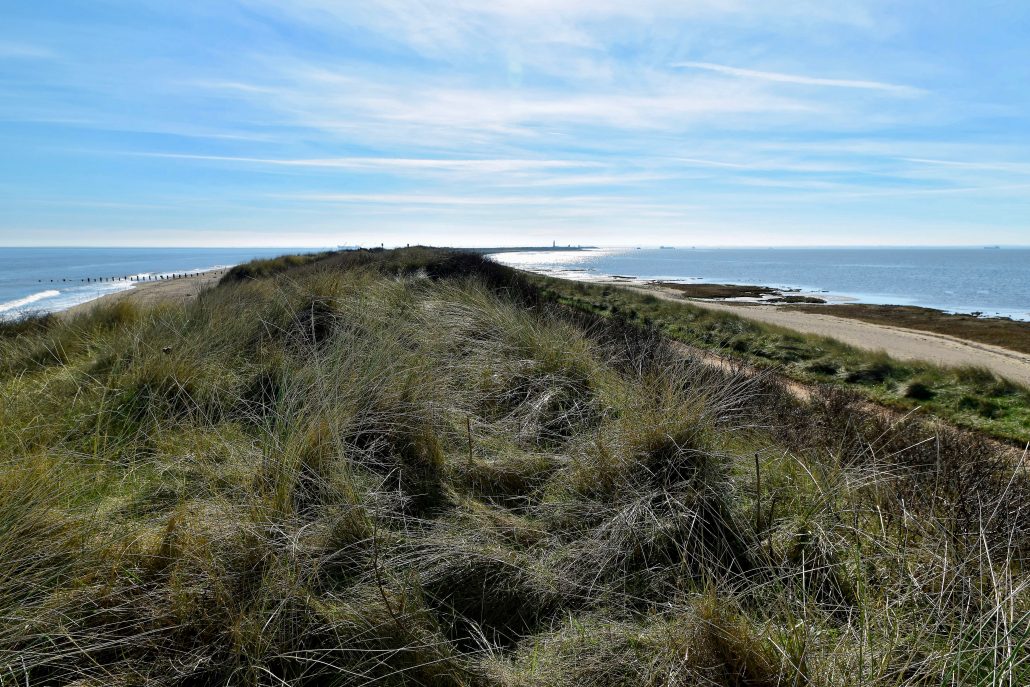 A salt marsh has formed on the inside of Spurn. This is because the area is sheltered and the low energy environment results in sediment being deposited by the Humber Estuary.

In December 2013 Spurn Point was breached by a storm surge. A significant area of sand dune and the road linking Spurn Point to the mainland was destroyed. This area is now known as the wash over area due to it being inundated with water during high tide. 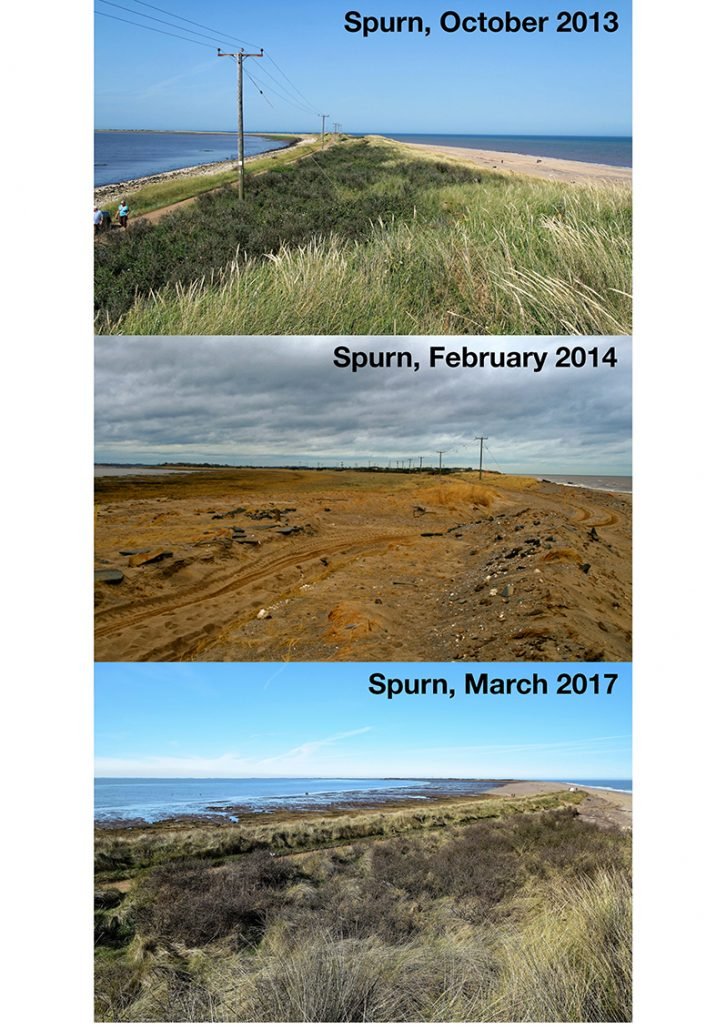 You can view more images of Spurn in the gallery. If you are interested in visiting Spurn take a look at the Yorkshire Wildlife Trust website for more details. Due to the wash over area being inundated with water at high tide as the result of erosion caused by the tidal surge, be sure to check out when it is not safe to cross when planning a visit.