The impacts of rainforest deforestation in Malaysia

What are the impacts of rainforest deforestation in Malaysia?

The graph below shows the impact of deforestation on natural forest cover in Malaysia.

The map below shows the location of deforestation in Malaysia. The areas shaded green are primary forests, whereas the pink areas show deforestation. 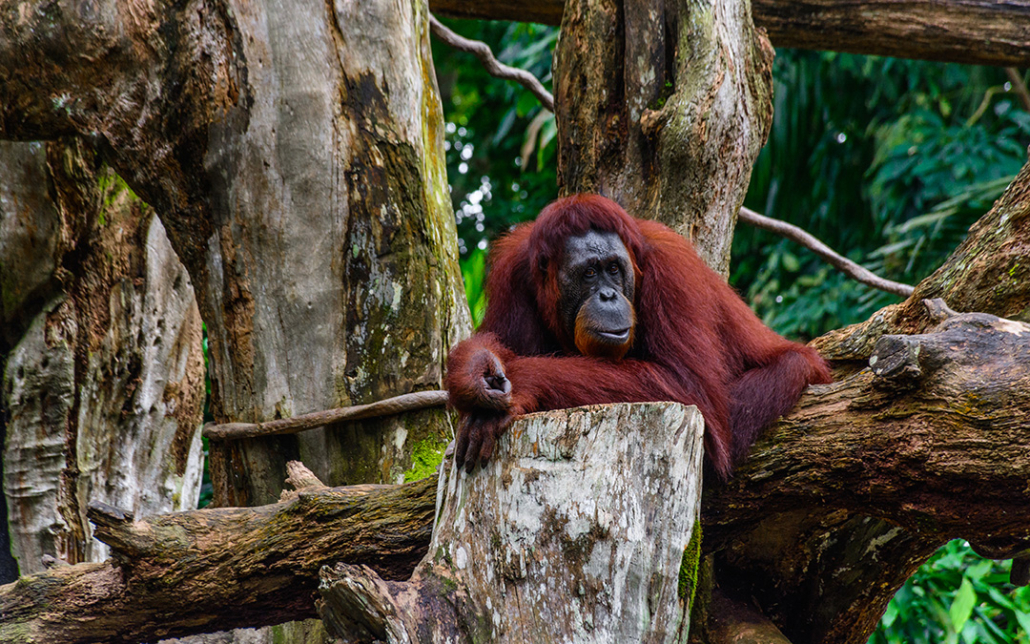 In Borneo, orangutang numbers have fallen by 60 per cent since 1950

in Malaysia has had a range of local and global impacts. 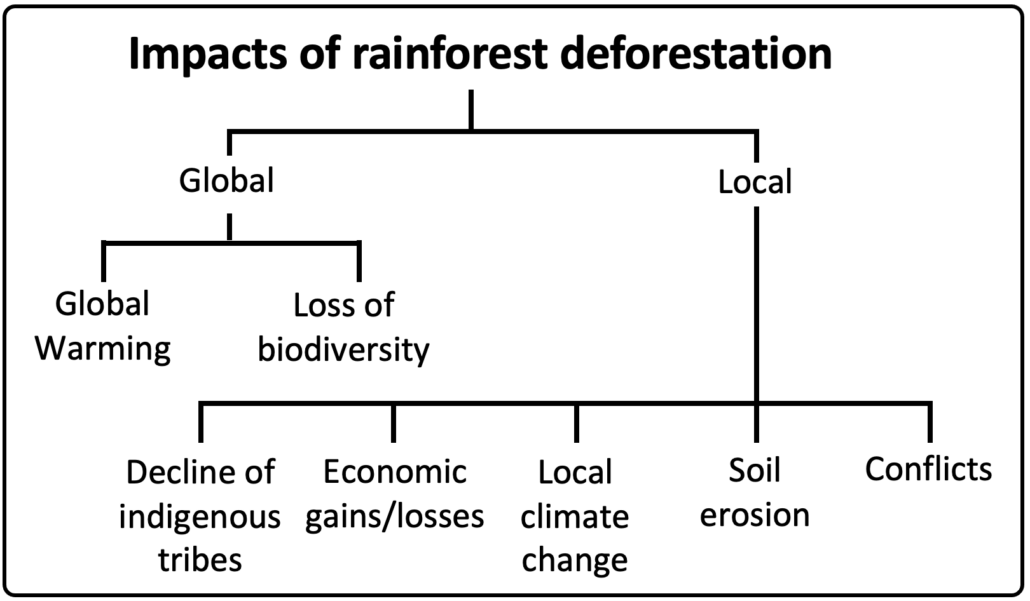 What are the global impacts of rainforest deforestation in Malaysia?

Biodiversity is the variety of plant and animal life in the world or in a particular habitat. Rainforests are the most biodiverse ecosystems on the planet. Clearing the rainforest means biodiversity will be reduced and individual species can become endangered or possibly extinct.

Species at risk in the Malaysian rainforest include Pygmy Elephants, Orangutans, Sumatran Rhino and Malayan Tigers all of which are endangered.

As species are lost so are many possible cures for life-threatening diseases.

What are the local impacts of rainforest deforestation in Malaysia?

Forests have been termed the “air conditioners” of the landscape because they keep things cool by evaporating water. The evaporated water forms clouds, which also contribute to cooling. If evaporation is not happening then a lot of the energy that’s coming from the sun goes into raising temperatures instead.

The clouds reflect a lot of the radiation of the sun back into space and are a source of rainfall. So when tropical forests are felled, local temperatures tend to rise, and rainfall patterns change, becoming less reliable and more extreme.

The Decline of Indigenous Tribes

Malaysia’s Orang Asli have been stripped of historic lands and are more susceptible to deadly illness.

Loss of forest due to illegal logging has significantly reduced the bat population. Bats are a natural means by which fruit crops are pollinated so there is an enormous impact on indigenous people and their food security when the forest is illegally cleared (a) because the food source has directly been removed through illegal logging and (b) because the bat population is no longer available to pollinate the wider forest area. Malaysia now has a situation where some communities are having to pollenate fruit trees by hand. The problem is exacerbated by the increased use of pesticides which further cause problems in maintaining wildlife and rain forest. Pesticides are being used more because the bat population is no longer providing the natural means by which insect populations are managed.

Soil takes thousands of years to form, however, it can be stripped away very quickly. The removal of soil by rain and wind is known as soil erosion. The roots of vegetation such as trees bind the soil together. Once vegetation is removed it becomes loose and can be easily eroded away.

Additionally, when soil is exposed nutrients are leached away by heavy rain, resulting in the soil becoming infertile.

A significant amount of carbon is stored in rainforest soils. Soil erosion releases the stored carbon into the atmosphere, which will enhance the natural greenhouse effect and contribute to climate change.

Disputes between the state and companies and indigenous people end in conflict.

Pollution of water sources through activities such as mining results in water shortages.

It is estimated that illegal logging denies revenues to the people of Malaysia in the order of USD $500m per annum. It is also clear that indigenous people are having their land and therefore sources of food and livelihood denied to them at a cost exceeding USD $800m per annum in compensation and welfare payments.

Illegal logging leads to the loss of forest biodiversity and ecosystem services, deprives local communities of their rights and livelihoods, and generates approximately US$10–15 billion annually in criminal proceeds. In national revenue terms, the World Bank estimates that Governments lose around USD $5 Billion per annum in direct taxation. Illegal logging can refer to timber from restricted forests, harvesting protected species or in excess of allowable yields, harvesting in violation of land or tenure rights, and failing to pay taxes and royalties.

As areas become less biodiverse, the tourism industry may be negatively impacted.

As climate change is exacerbated by deforestation, yields of produce may decrease due to the drier, hotter climate which will influence the trade and the economy.

Products produced from tropical rainforest lands can be traded with other countries for profit. The palm oil industry has been the fourth-largest sector that contributes to the economy for the past 15 to 18 years. In 2020 palm oil accounted for thirty-eight per cent of the value of Malaysia’s agricultural output and three per cent of its gross domestic product. The palm oil industry employs 441 000 people, half of whom are small landowners.

Companies that exploit rainforests pay taxes, which support economic development and the provision of public services, such as healthcare and education.

Improved accessibility to rainforests through the construction of roads supports the tourist industry and connects rural to urban areas, further supporting economic development.

Causes of rainforest deforestation in Malaysia