Causes of Rainforest Deforestation in Malaysia 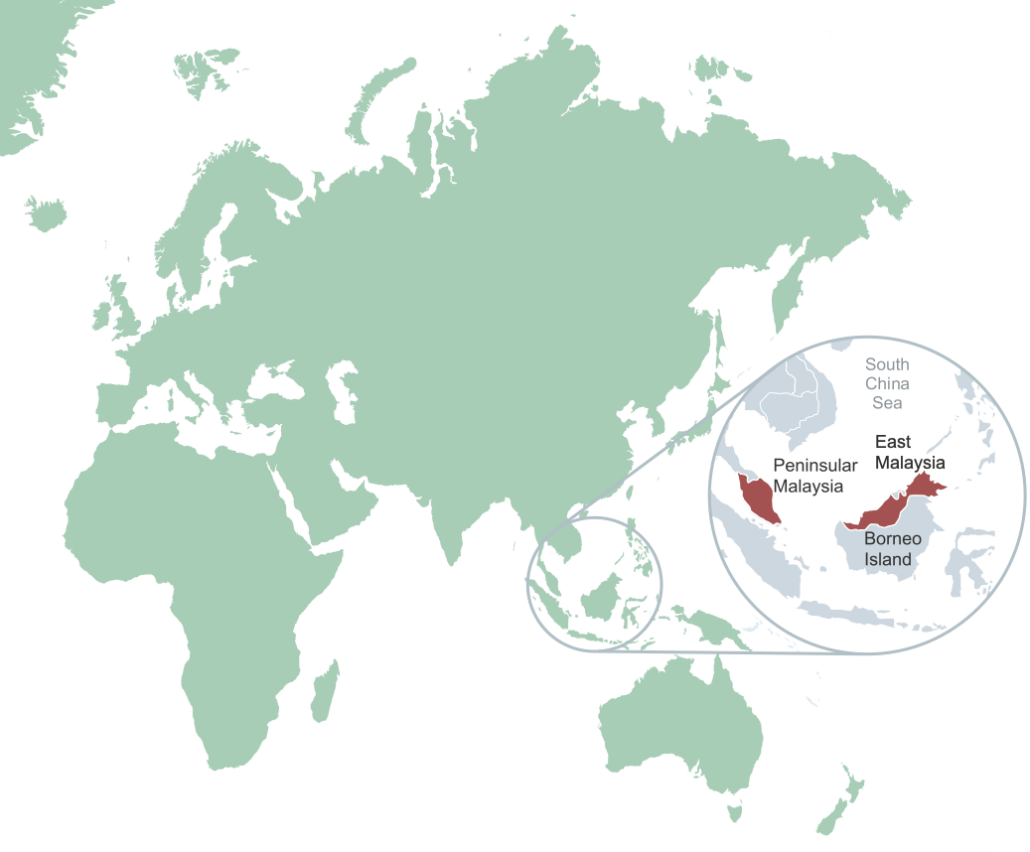 What are the rates of rainforest deforestation in Malaysia?

Deforestation is the cutting down of trees, often on a vast scale. Hardwood timber is a high-value export. Once land is cleared of trees, it can be used for other profit-making activities such as cattle ranching, rubber and palm oil production, and commercial farming.

Between 2000 and 2012, Malaysia had the highest rate of deforestation in the world, according to a global forest map developed in partnership with Google. Malaysia’s total forest loss during the period amounted to 14.4 per cent of its 2000 forest cover. The loss translates to 47,278 square kilometres (18,244 square miles), an area larger than Denmark.

Between 2012 and 2015, the rate of tropical rainforest deforestation fluctuated, as shown in the graph below.

Between 2016 and 2020, the rate of tropical rainforest deforestation in Malaysia has steadily declined from 185200 to 73000 hectares per year.

Deforestation rates are reflected in the share of land covered by forests in Malaysia.

Deforestation is occurring on a significant scale in Malaysia. Between 2001 and 2021, Malaysia lost 17 per cent of its rainforest cover. The highest amount of deforestation occurred in the Sarawak region, on the island of Borneo.

What are the causes of rainforest deforestation in Malaysia? 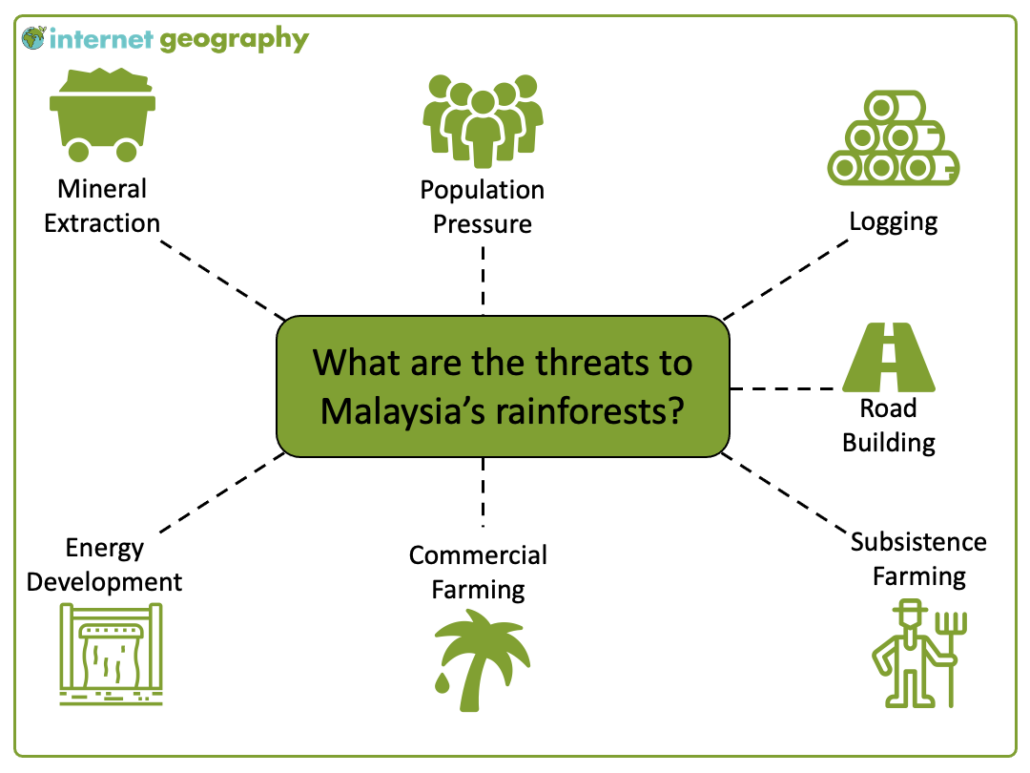 Palm oil is editable vegetable oil from the fruit of the oil palm tree. According to the WWF, "Palm oil is in nearly everything – it's in close to 50% of the packaged products we find in supermarkets, everything from pizza, doughnuts and chocolate, to deodorant, shampoo, toothpaste and lipstick. It's also used in animal feed and as a biofuel in many parts of the world (not in the UK, though!). "

The oil palm tree was introduced to Malaysia by the British and to Indonesia by the Dutch in the mid-1800s and was first planted as an ornamental tree.

The palms start bearing fruit about 30 months after planting and are productive for the next 20 to 30 years. They produce four to 10 times more oil than other vegetable oil crops per unit of cultivated land.

Malaysia is the second-largest producer of palm oil in the world.

Since the 1970s, vast rainforest areas have been cleared and transformed into oil palm plantations, as shown in the graph below. Despite a rapid increase in palm oil production between the 1970s and 2010s, palm oil production in Malaysia has recently levelled off despite the continued worldwide growth in production.

This large-scale, unsustainable method of deforestation has destroyed habitats for animals such as orangutans. 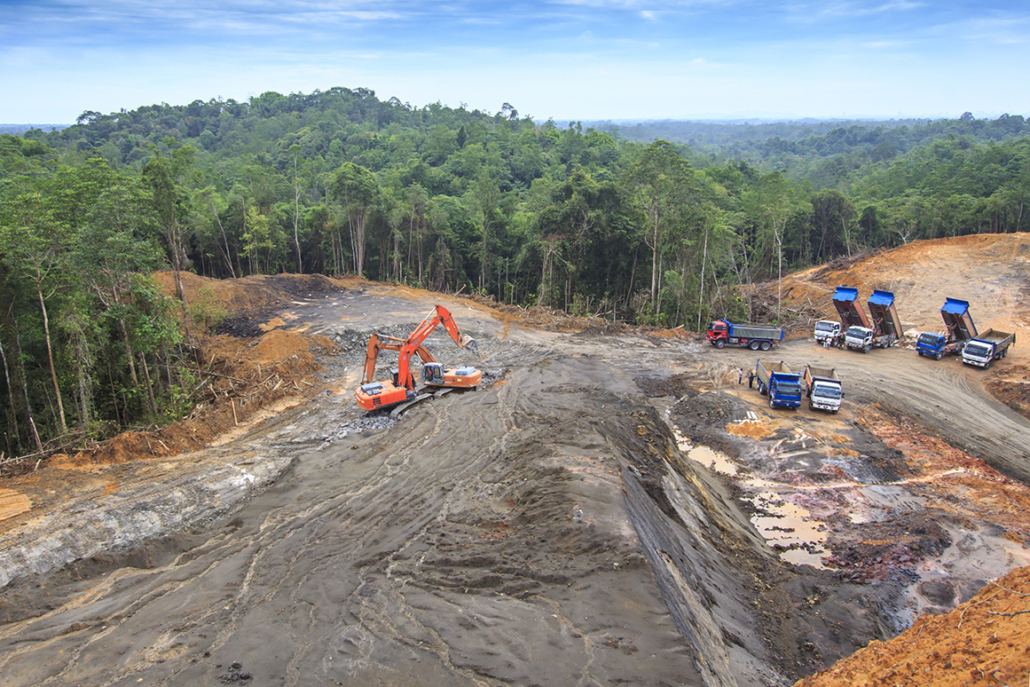 KUCHING, MALAYSIA - MAY 16 2015: Deforestation. Photo of tropical rain forest in Borneo being destroyed to make way for oil palm plantation.

Between 1956 and 1980, the urban poor were encouraged to migrate to rural areas from the rapidly growing cities of Malaysia. This transmigration policy led to around 15000 hectares of rainforest being felled for the settlers, many of which set up plantations.

Hydropower is poised to play an increasingly important role in meeting Malaysia's energy and climate goals. The share of hydropower in the country's electricity generation is around 11 per cent.

Due to its high rainfall and geography, the state of Sarawak on the island of Borneo is expected to experience the lion's share of new developments.

After five decades of delays, the Bakun Dam in Sarawak started to generate electricity in 2011. At 205m,  the dam is the largest in Asia, outside of China. The dam's reservoir flooded over 700km² of forests and farmland. The dam supplies energy to industrialised Peninsular Malaysia. 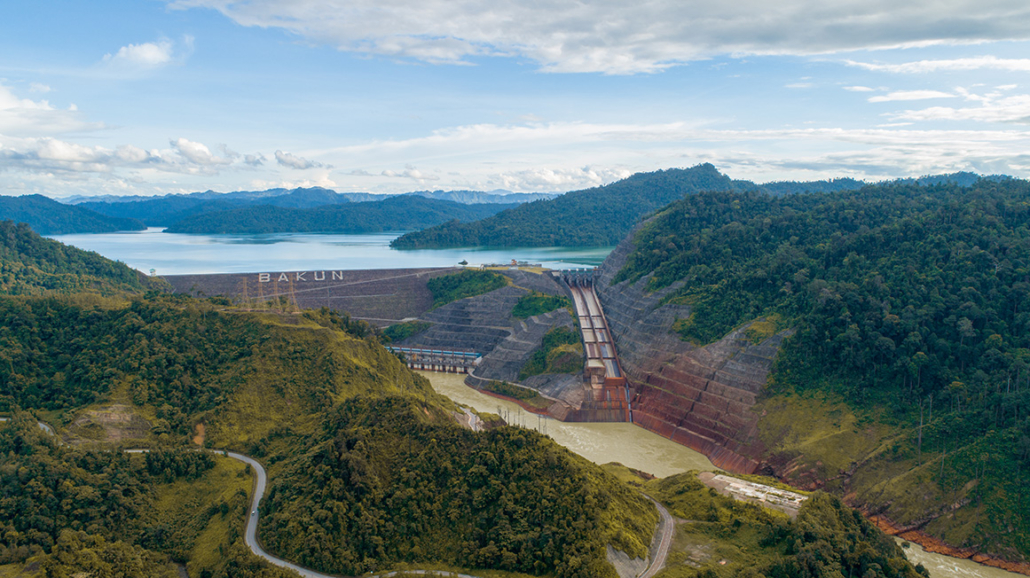 Mining for bauxite is common in Peninsular Malaysia. Bauxite is the mineral used in the production of aluminium. Bauxite exports have increased recently, following the end of a ban in 2019. 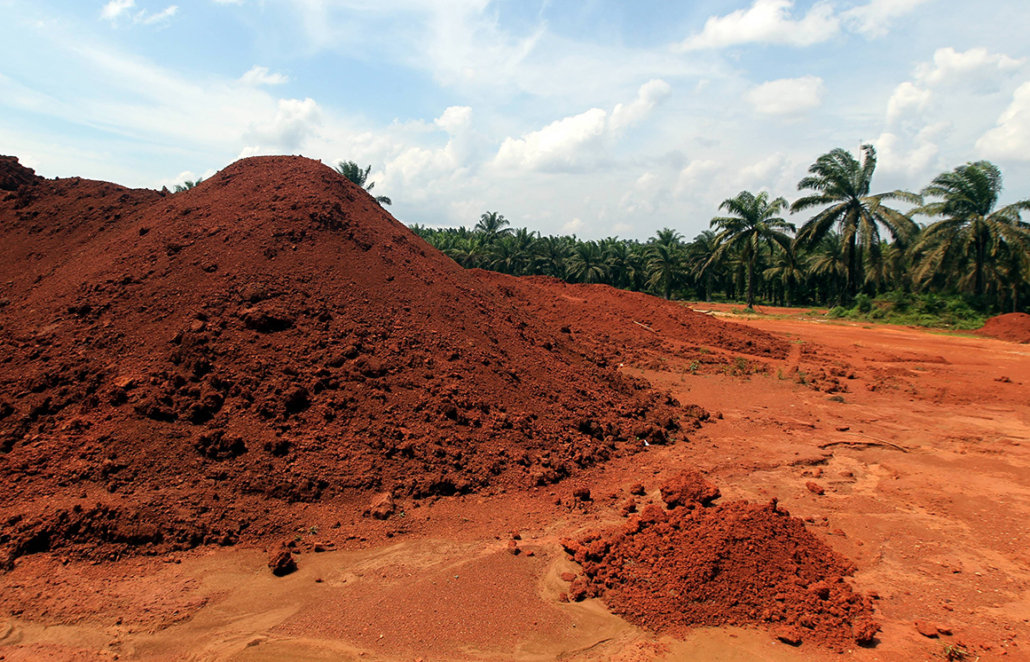 KUANTAN, Malaysia - Bauxite at a mining site in Bukit Goh

Drilling for oil and gas has recently started in Borneo.

During the 1980s, Malaysia was the world's largest exporter of tropical wood. Clear felling led to the destruction of forest habitats. Selective logging has now replaced clear-felling, where only fully-grown trees are cut down. Ecologically valuable trees are left.

Roads have been constructed to provide access to energy projects, new settlements and mining areas. However, few rainforest roads are mapped in Malaysia, so deforestation may be underestimated. 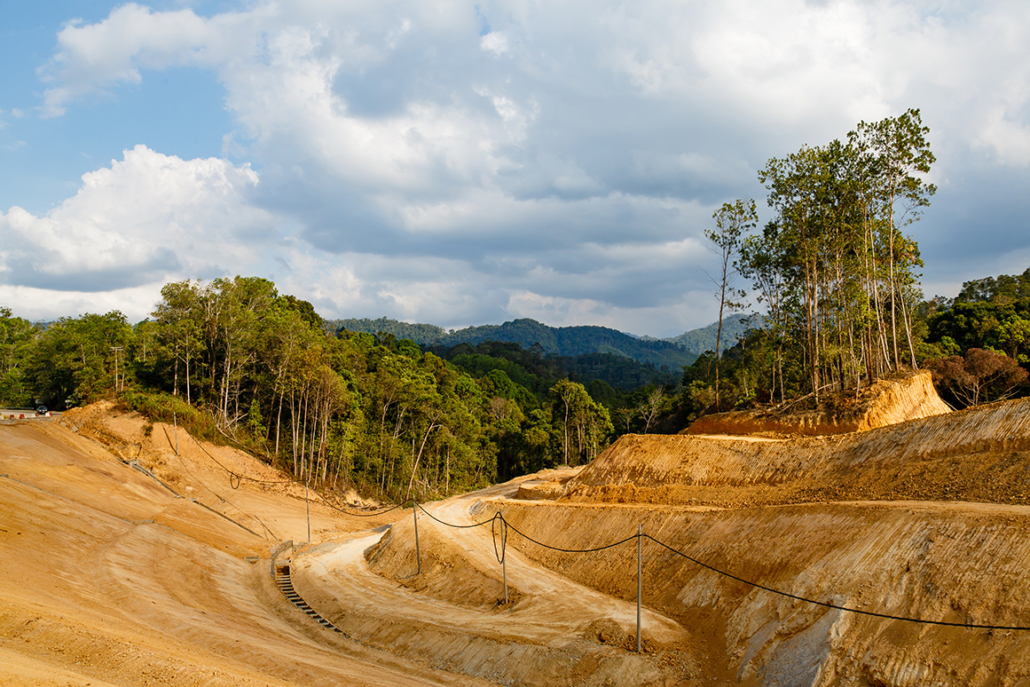 Road construction in the rainforest in Sabah, Malaysia

Subsistence farming involves farmers producing enough food for themselves and their families. Traditionally, local communities would hunt and gather food from the rainforest and grow some crops in small areas of cleared forest. This method of farming is small-scale and sustainable.

Subsistence farming can involve slash and burn, which is the process of using fire to clear the land. The ash provides valuable nutrients to the soil and helps crops grow. However, large areas of rainforests can be destroyed by slash and burn if these fires get out of control.

Find out about the impacts of deforestation in Malaysia.

The impacts of rainforest deforestation in Malaysia