What are the risks of coastal flooding?

A significant concern in some coastal areas of the UK is the risk of increased erosion and flooding. The risk is related to climate change, but in two different ways:

The map below shows the projected changes in the number of people exposed to coastal flooding in England.

How do rising sea levels increase the risk of coastal flooding?

Climate change will lead to sea-level rise. The amount sea levels will rise is unknown, but estimates suggest it will be between 30cm and 1m by the year 2100. As seas and oceans warm, water molecules expand (thermal expansion), leading to rising sea levels.

There are many locations around the world at risk of coastal flooding due to sea-level rise:

How do storms and storm surges increase the risk of coastal flooding?

Sea levels change constantly. Due to the gravitational pull of the moon twice a day high tides cause raised sea levels. 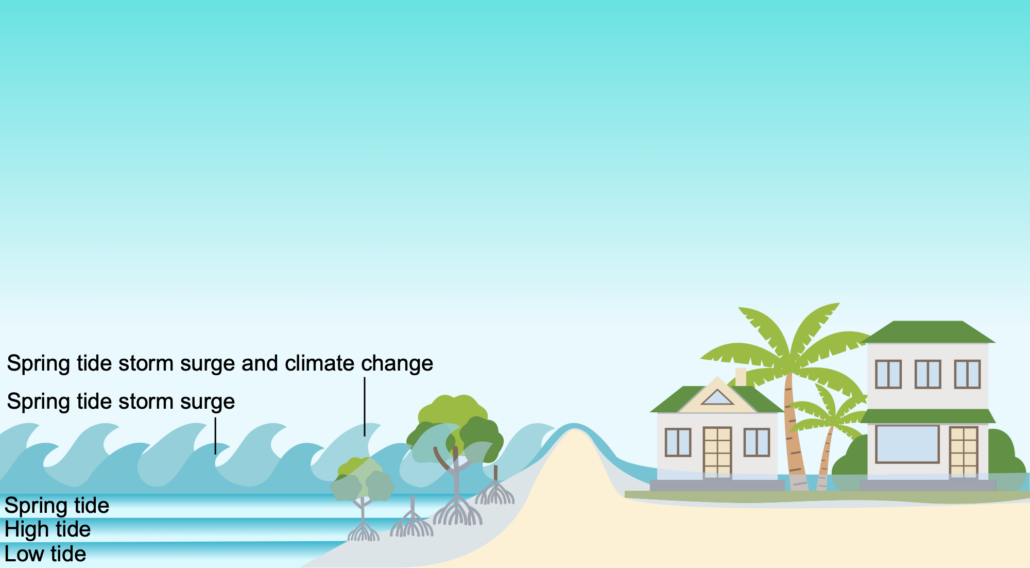