What is the global distribution of energy consumption and supply?

Energy is needed for a range of activities including lighting, cooking, heating, agriculture, fuelling transport and powering industry. As a country becomes increasingly developed its demand for energy grows. The graph below illustrates the rapid increase in global primary energy consumption over the last 70 years.

In 1965 the bulk of total energy was consumed North America, Europe and Eurasia – collectively, they accounted for more than 80 per cent of global energy consumption. Although energy consumption has increased in these regions since the 1960s, their relative share of the total has declined significantly. Consumption across the rest of the world has been increasing, most dramatically in the Asia Pacific where the total consumption increased more than 12-fold over this period.

The map below shows the energy use per capita in 2015. Countries rich with energy resources also have high energy consumption, including North America, Europe, Australasia and parts of the Middle East. Mostly, these areas contain HICs.

Some regions have a relatively high energy use, but limited energy resources including South America, North Africa and parts of Asia. These countries rely on energy imports to meet demand.

Much of central and eastern Africa, where energy resources are scarce, has low energy consumption. 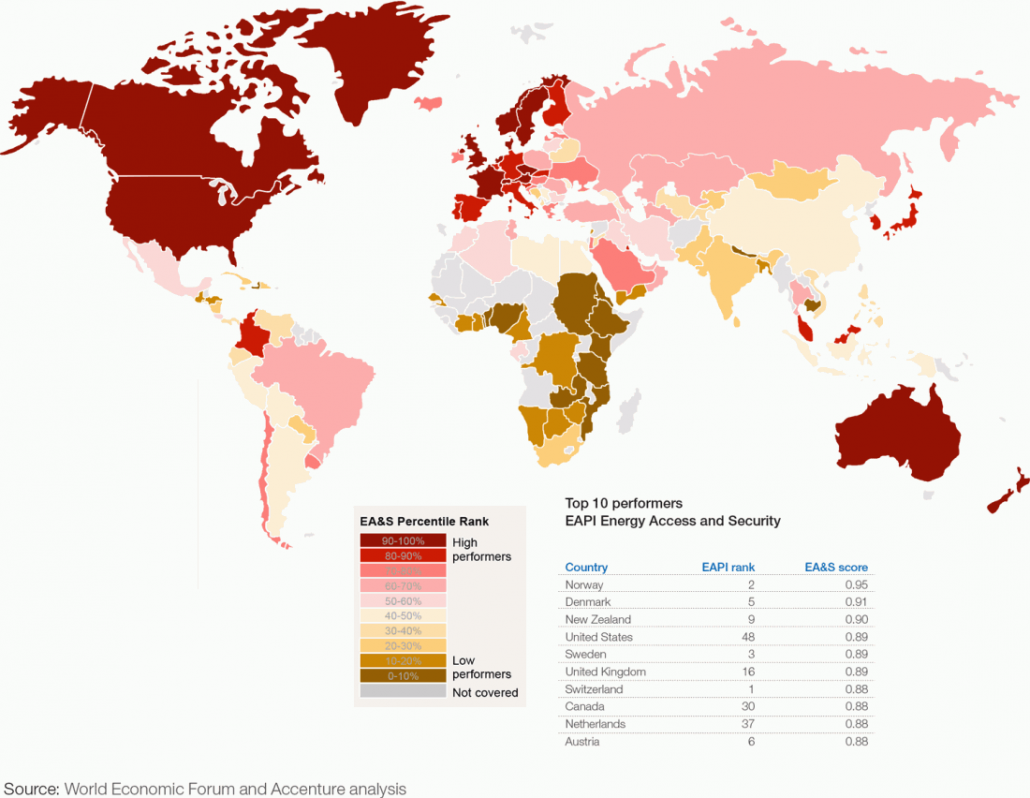 Why is energy consumption increasing?