Between 1985 and 2015 fertility rates (average number of births per woman) in India fell from 4.4 to 2.3 in 2017 (source – Gapminder), due to the increased used of contraception and more women working instead of having children.

Also, death rates and infant mortality have falled, due to better health care and health eduction. As the result of this India’s population has increased rapidly from approximately 780 million in 1985 to 137 billion in 2019, however, the rate of growth has been slowing.

The population pyramids below show changes in India’s population structure between 1989 and 2019. 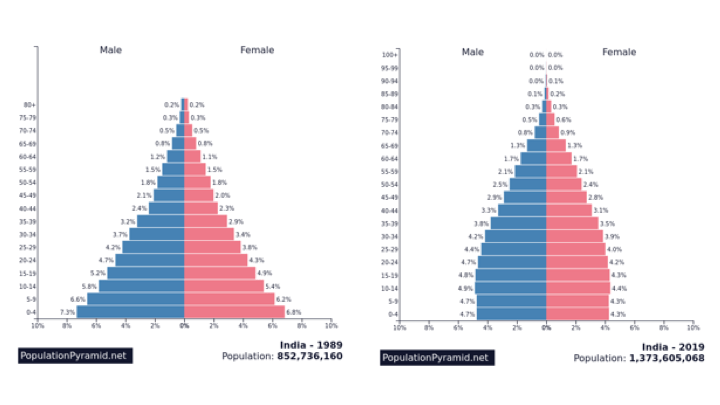 Since 1989 there is an increasing proportion of people at working age and a lower proportion of children, which id the reason for the narrowing of the base of the population pyramid.

How are public and private investment in India changing?

How is inequality increasing in India?