Although Lagos is surrounded by water the most common way of obtaining freshwater is from street vendors selling water in containers. Just 10 per cent of the population of Lago have a piper water supply that has been treated. The remaining 90 per cent rely on wells or sink boreholes to reach underground water supplies or rely on street vendors. In 2016 daily demand in the state stood at 724 Million gallons while production was 317 million gallons, leaving a gap of 407 million gallons. Water in the lagoon is not suitable for drinking because it is salty and polluted. 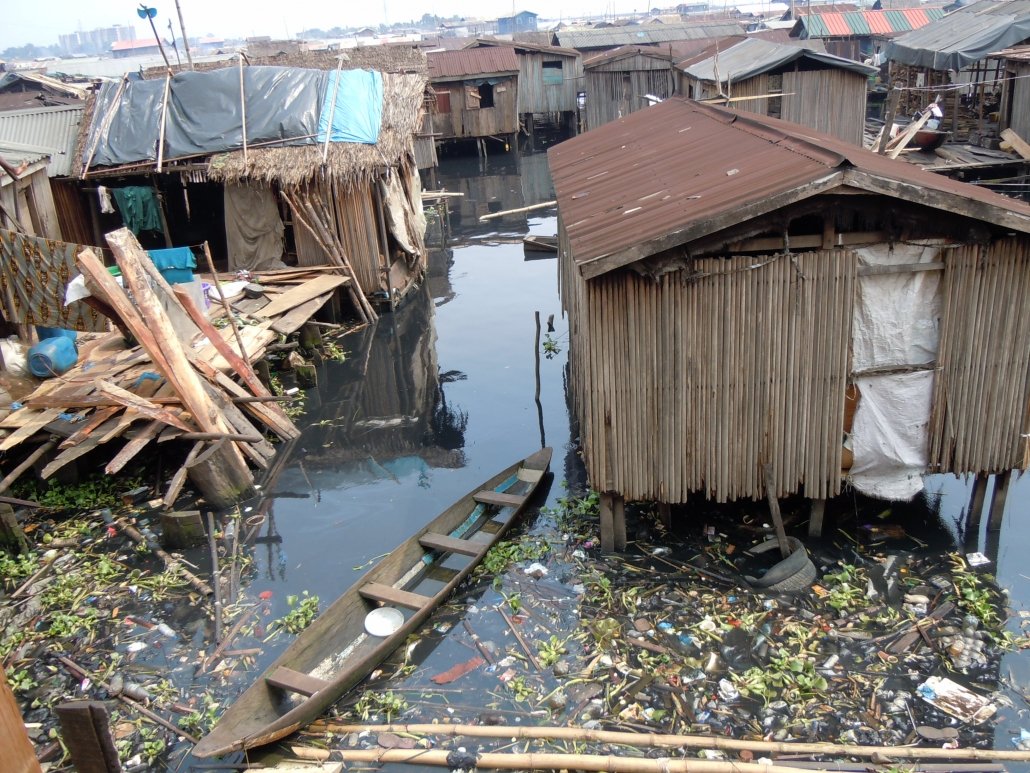 Water supply began to be regulated in 2012 by the Lagos State Water Regulatory Commission. Their role is to regulate water supply vendors and issuing licenses for boreholes. The greatest challenge for the commission is providing safe drinking water at a reasonable price.

The clean water that is piped to ten per cent of the population of Lagos originated from water treatment plants that have extracted river water.

Open drains transport surface run-off into rivers and the lagoon. This surface water is often polluted by sewage.

The number of diagnosed cases of diseases such as dysentery and cholera has increased in Lagos. This is due to drinking water containing chemical and bacterial pollution. The main cause of pollution is the lack of effective sewerage systems in the city. Sewage is washed away by rainwater into open drains. This water then carries the pollutants to rivers and the lagoon. Sewage also reaches groundwater sources through leaking septic tanks and pit latrines (pits used to deposit human waste). Pollutants can then contaminate water in wells and boreholes. The water sold by street vendors can also be affected as the water comes from the same sources.

Despite the vast reserves of oil in Nigeria, energy is a significant challenge in Lagos. Large organisations and the wealthier members of Lagos society rely on back-up generators.

New power stations are being developed including one powered by methane from the Olusosun landfill site.