What are the impacts of water insecurity?

In many LICs and NEEs inadequate sanitation caused by rivers polluted by domestic and industrial waste, open sewers and untreated drinking water enable waterborne diseases to thrive. Unsanitary conditions and unsafe drinking water can cause outbreaks of life-threatening diseases such as cholera and dysentery. Productivity also reduces when people have to queue to obtain drinking water from standpipes.

The River Ganges, India, is one of the most polluted rivers in the world. The river contains raw human sewage, industrial waste, run-off from pesticides and fertiliser and the ashes of cremated bodies. Over one billion litres of raw sewage enter the river every day. Despite the high levels of pollution, many people rely on the River Ganges for irrigation, washing and drinking water. Bathing and drinking in the river have become very dangerous. 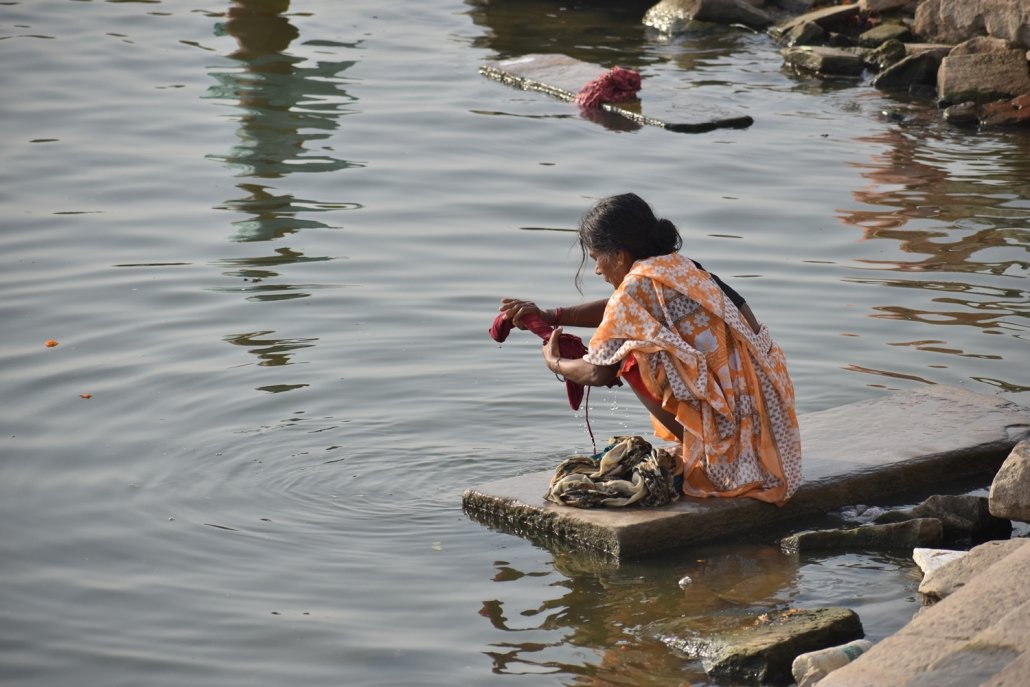 Washing clothes in the River Ganges

Agriculture uses 70 per cent of global water supply and suffers the most from water insecurity. Those regions of the world that experience low, unreliable rainfall are most at risk from water insecurity. Thirty per cent of the world’s wheat, rice and maize are supplied by the USA. The country is affected by droughts, which can have an impact on global food production and supply.

Countries suffering from water insecurity will struggle to irrigate crops, leading to low productivity. Low yields reduce the ability of farmers to move from subsistence to commercial farming.

The development of manufacturing in NEEs is placing increasing demands on water supplies. Estimates suggest that 33 per cent of China’s available water will be used by industry by 2030. A shortage of water costs China US$40 billion in lowered industrial production, leading to the temporary closure of some factories.

Historically, wars have been fought over natural resources such as oil. However, future conflicts are likely to be over water. Water sources, such as aquifers and rivers, cross many political and national borders. The construction of dams and extraction of water in one country has the potential to cause problems further along the course of a river.

European Commission’s Joint Research Centre (JRC), says that the effects of climate change will be combined with an ever-increasing number of people to trigger intense competition for increasingly scarce water resources. In particular, the five most vulnerable hotspots highlighted by the paper include the Nile, Ganges-Brahmaputra, Indus, Tigris-Euphrates, and Colorado rivers. The map below highlights areas at risk of potential conflict over water.