What are the different types of volcano?

What are the different types of volcano?

There are three main types of volcano – composite (or strato), shield and dome. 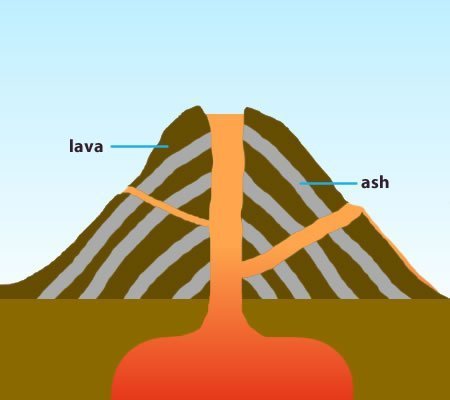 A cross section of a composite volcano

When composite volcanoes erupt they are explosive and pose a threat to nearby life and property.Eruptions are explosive due to the thick, highly viscous lava that is produced by composite cone volcanoes. This viscous lava has a lot to do with why they are shaped the way they are. The thick lava cannot travel far down the slope of the volcano before it cools.

Shield volcanoes are low with gently sloping sides and are formed from layers of lava. Eruptions are typically non-explosive. Shield volcanoes produce fast flowing fluid lava that can flow for many miles. Eruptions tend to be frequent but relatively gentle. Although these eruptions destroy property, death or injury to humans rarely occurs. 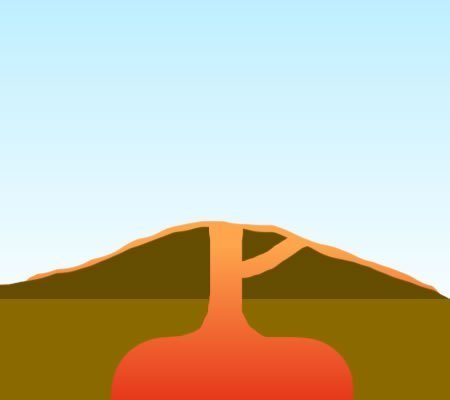 A cross section of a shield volcano

Shield volcanoes are usually found at constructive boundaries and sometimes at volcanic hotspots. Examples of shield volcanoes include Mount Kilauea and Maunaloa on Hawaii.

The video below shows a lava flow from Mount Kilauea.

Acid [lava] is much thicker than lava which flows from shield volcanoes. Dome volcanoes have much steeper sides than shield volcanoes. This is because the lava is thick and sticky. It cannot flow very far before ot cools and hardens. An example is Puy de Dome in the Auvergne region of France which last erupted over 1 million years ago.

Take our composite and shield volcano quiz to test your knowledge.