In the northern hemisphere glaciers typically form in north-facing hollows in upland areas. When snow falls in these areas during winter months it can survive without melting in the summer months. Ice forms as layers of snow become compacted by the weight of subsequent snowfall and the trapped air is squeezed out.

As ice accumulates it begins to flow under gravity. It flows over the lip of the hollow and down the side of the mountain.

As the ice flows over the uneven mountainside the glacier cracks creating deep crevasses. 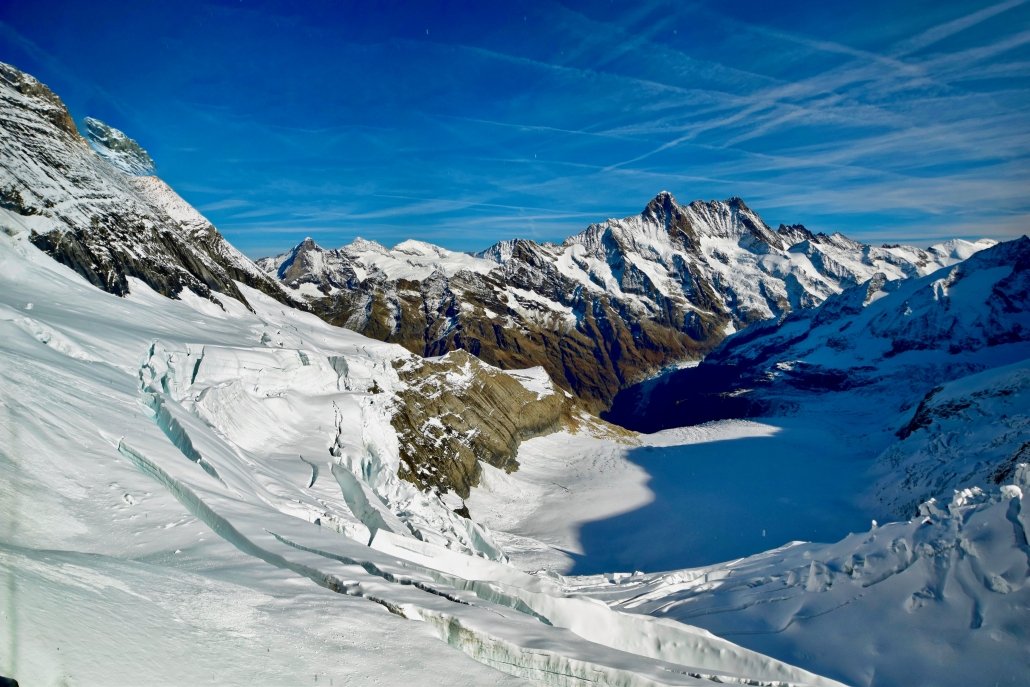 Crevasses in a glacier in the Swiss Alps 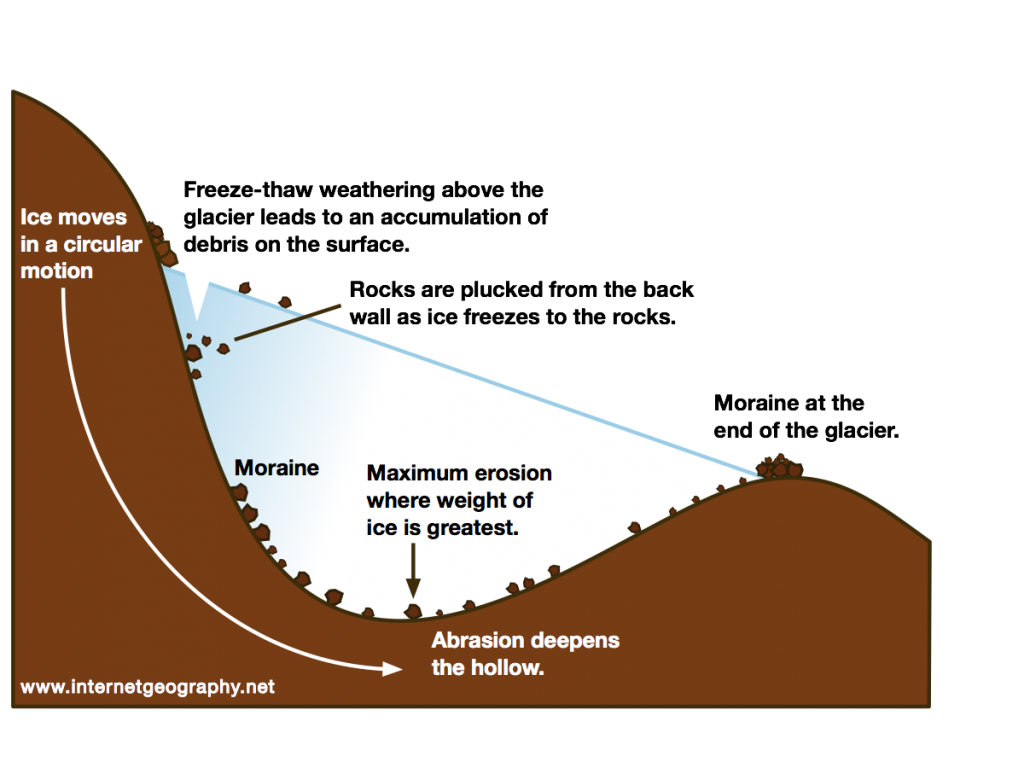 As the ice flows into lowland areas the ice begins to melt as temperatures increase. Rock being transported by the glacier is deposited as moraine. 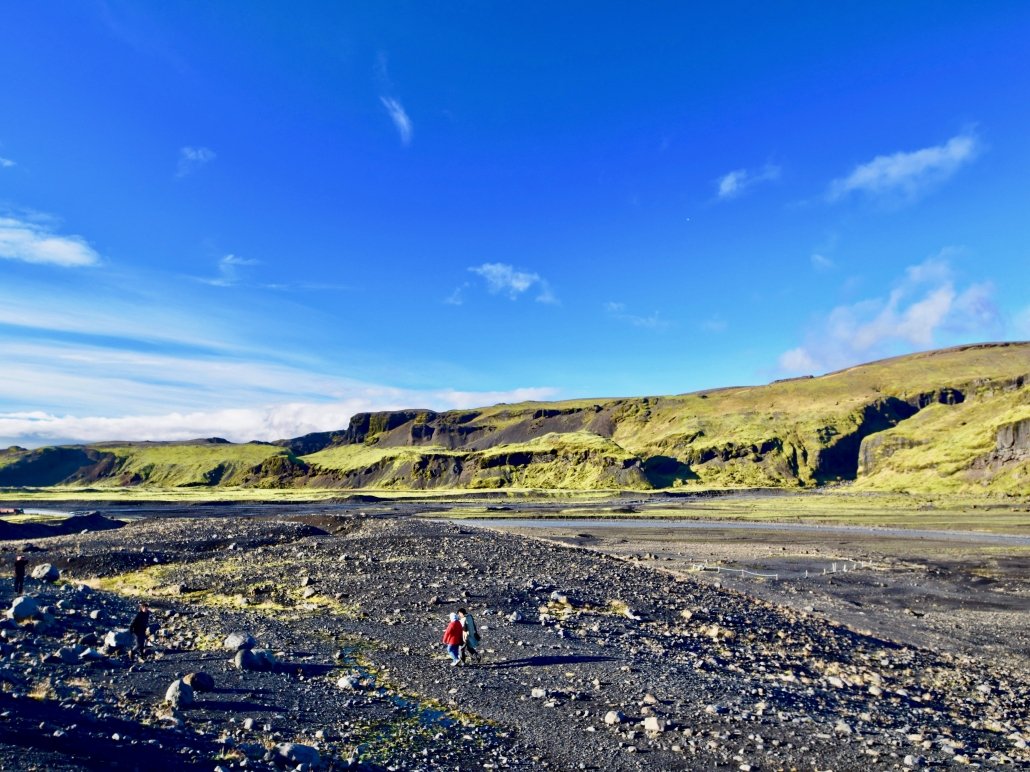 The outwash plain of the Sólheimajökull Glacier.

How do glaciers transport material?