On December 5th 2013 the east coast of England was affected by flooding not seen on a scale since 1953. The combination of a high spring tide, an area of low pressure and high northerly winds was responsible for the floods. On the Holderness Coast, a large section of Spurn Point was eroded, leading to the destruction of dunes and collapse of the road linking the spit to the mainland.

In Lincolnshire 1,400 homes were flooded, including 300 in Boston, Lincolnshire, according to Environment Agency (EA) figures.

Further south at Hemsby, on the Norfolk coast, seven properties fell into the sea. Since the storm surge in 2013 and subsequent ones in 2017 and 2018, a considerable number of bungalows were perilously close to the sea. Seven homes on The Marrams in Hemsbey were demolished in March 2018 when they were left uninhabitable due to the collapse of the sandy cliffs.

The Google Earth image below, taken on 5th November 2017, shows The Marrams. The image shows some of the remaining properties in 2017. 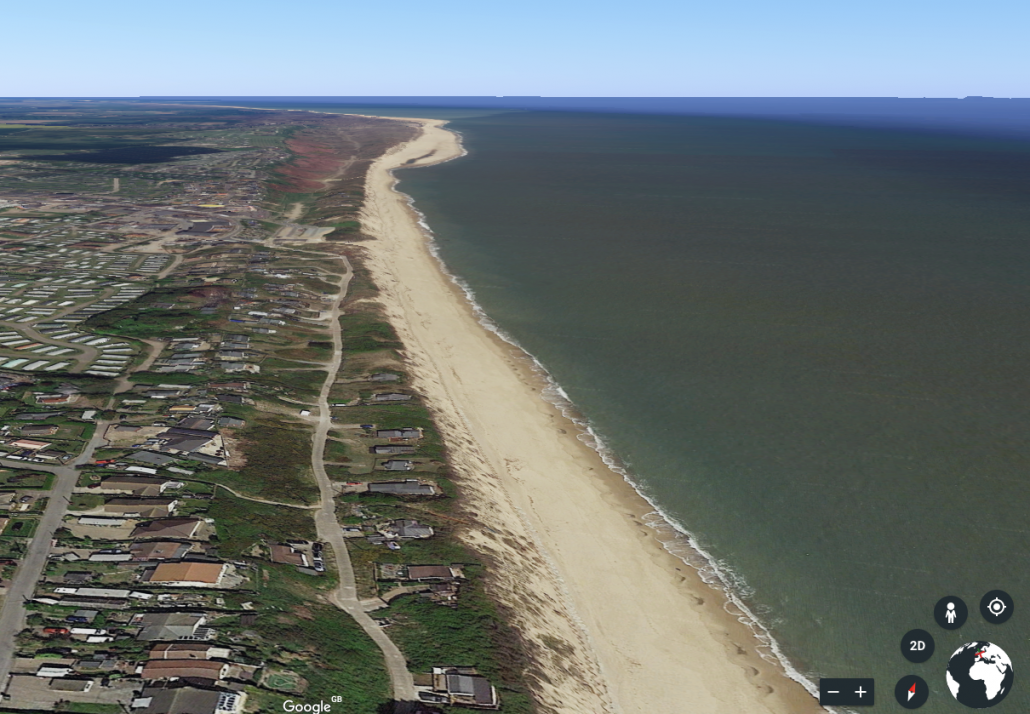 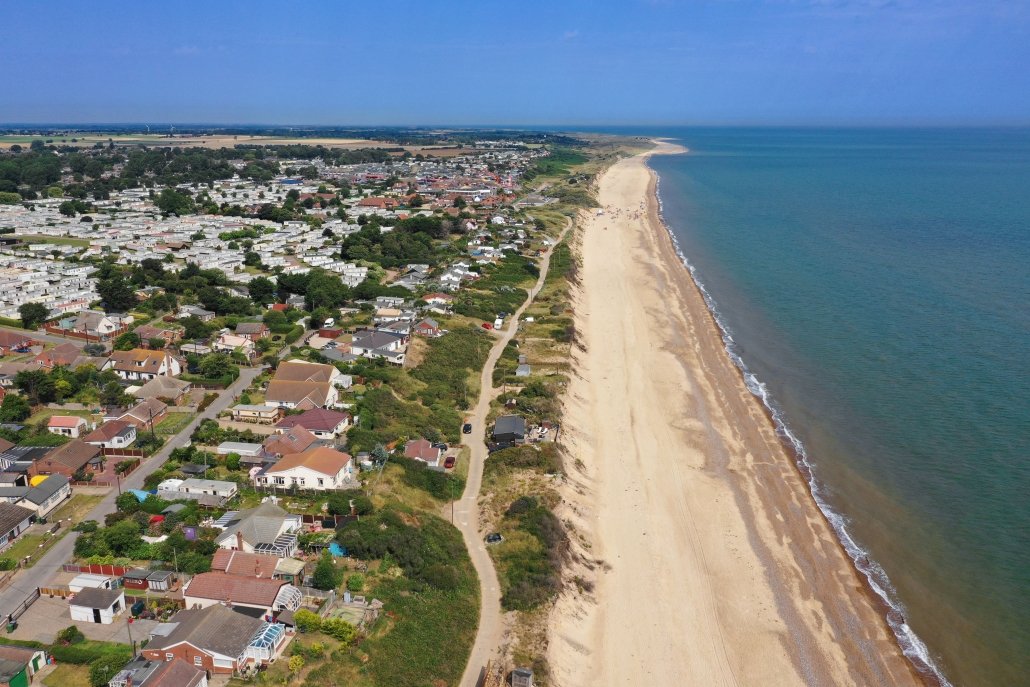 An environmental impact assessment, completed early in 2019, will pave the way for planning permission for a “rock berm” to be put in place.

According to the BBC “Once planning permission is granted, the process will begin to raise the money needed to install the rock berm, likely to cost between £3m and £9m.”

Funding for the project will be a combination of local business contributions and central government.

Sandsend Coastal Protection Scheme – What is the unintended consequen...