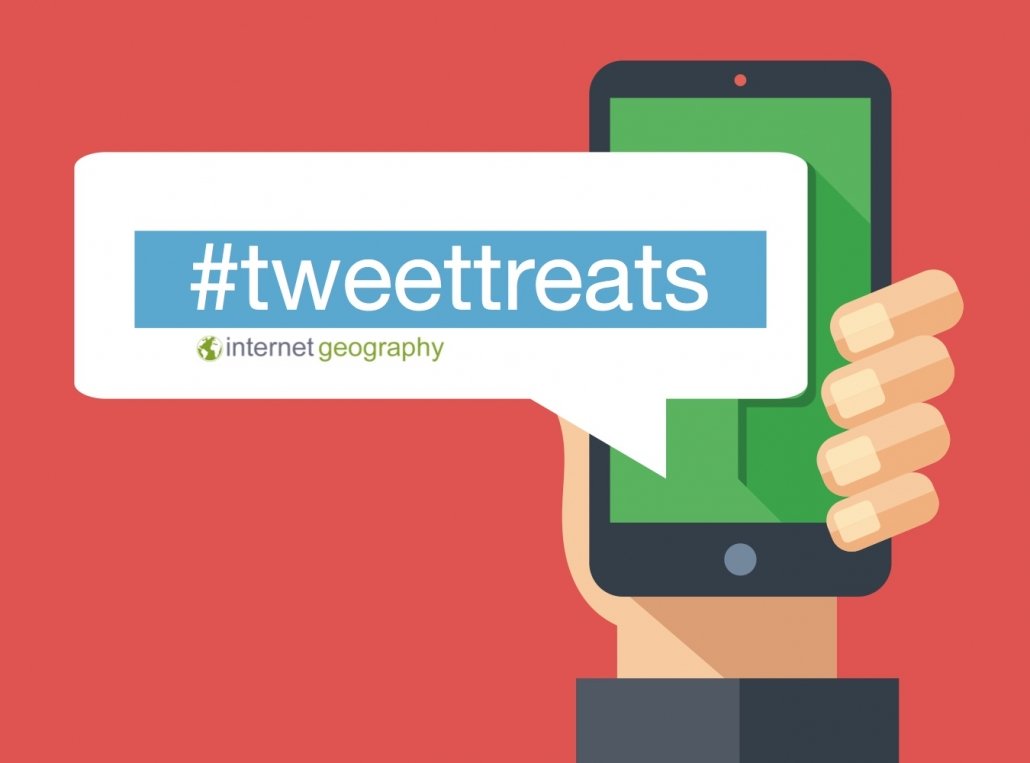 This is the fifth collection of useful tweets relating to #geography and #geographyteachers. The world of Twitter can be a busy place so I’ve pulled together some tweet treats from the last week or so that are worth having a look at. Tweets are in no particular order.

Loving our new Year 9 unit on superpowers! Onto the fourth key idea this week and will be using gapminder and a bit of data analysis against the characteristics of superpowers we learnt about last week #geographyteacher pic.twitter.com/B5SBZdMwsD

Today’s #geographyteacher productivity ‘GCSE A3 Geography Vocab Mats’ can be downloaded FREE @ https://t.co/EHcowN1IRS . If s’s are familiar with vocab, they can spend more time answering and applying the question than trying to work it out. pic.twitter.com/JbYDe1BY2j

Following this weeks @GeogChat I’ve gathered some data from previous fieldwork & added some possible badly-worded questions. It can be found here https://t.co/wDszPwdxST #TeamGeog in the Skills folder as I can’t upload to the f/work folder. Wld be great to get some on coasts.

A great idea from @mrsrgeog I adapted. A Tropical Rainforest Escape room- It works really well with AQA Living World or alternatively as an Open Evening Activity. Download for free on TES https://t.co/PZBNgVJyWW pic.twitter.com/ezoYy9L6xG

I do love a bit of #populationpyramids! This is quite fun to see if students can explain the weird ones across USA! #geographyteacher pic.twitter.com/YACtlNtvLm

Just taught this lesson and it was amazing pic.twitter.com/U5sxcyjSEM

So I created my Yr7 starter/plenary to improve their locational knowledge based on “5 gold rings”. It’s a simple idea but could be adapted for Geography of the UK, features of a landscape etc. Quite excited to use this! #geographyteacher pic.twitter.com/K5Vu4EkVfp

Thread of before & after Florence imagery from coastal North Carolina.

First up, Surf City, NC where a large pier got cut short. pic.twitter.com/do4KggQJfx

Re-vamped longitude & latitude for Y7 to improve the clarity of its relevance. We talk about GPS, careers in Geography where use of coordinates is common & then we’re tracking Hurricane Florence using data from @NOAA who provide the best data. #teamgeog pic.twitter.com/seItON5T6H

I have been trialling this and loving it so far. Worked with Y10/11 9mark Qs, a KS3 set of books and a 20m Y13 Q. Not only time saving but SOOO much more valuable to students. Engagement with feedback has been so much better. #feedbackNOTmarking #geographyteacher pic.twitter.com/k1njH1kf1J

If you are new to Twitter or haven’t yet signed up, take a look at our guide to Twitter for geography teachers.

10 reasons you need earth.nullschool in your geography classroom