Skipsea is a village located 6 miles north of Hornsea and 10 miles south of Bridlington on the Holderness Coast, East Yorkshire. Skipsea lies on soft boulder clay and experiences the highest rate of erosion in Europe. A combination of stormy weather and rising sea levels caused more than 10 metres of the cliff to disappear from a 2-mile stretch of coast in just nine months last year, compared with the annual average of 4 metres. In just six months, three strips of coastline lost nearly double what they expected to lose in a year.

The average annual erosion rate remains about 2 metres a year for the 52-mile Holderness coastline. In Skipsea, there is anger that sea defences have protected neighbouring towns and villages such as Hornsea and Bridlington but their parish, with its population of about 700, has not. Sea defences are decided on a cost-benefit analysis, with large urban areas and important industries prioritised over farmland and individual houses. On that basis, Skipsea must brave the waves.

Until recently, 19 properties sat adjacent to the coast along Green Lane. Now, there are 16. It has been suggested that the remaining residents will need to vacate their properties within a couple of years. However, a single erosion event could put the properties at imminent risk within the next year. 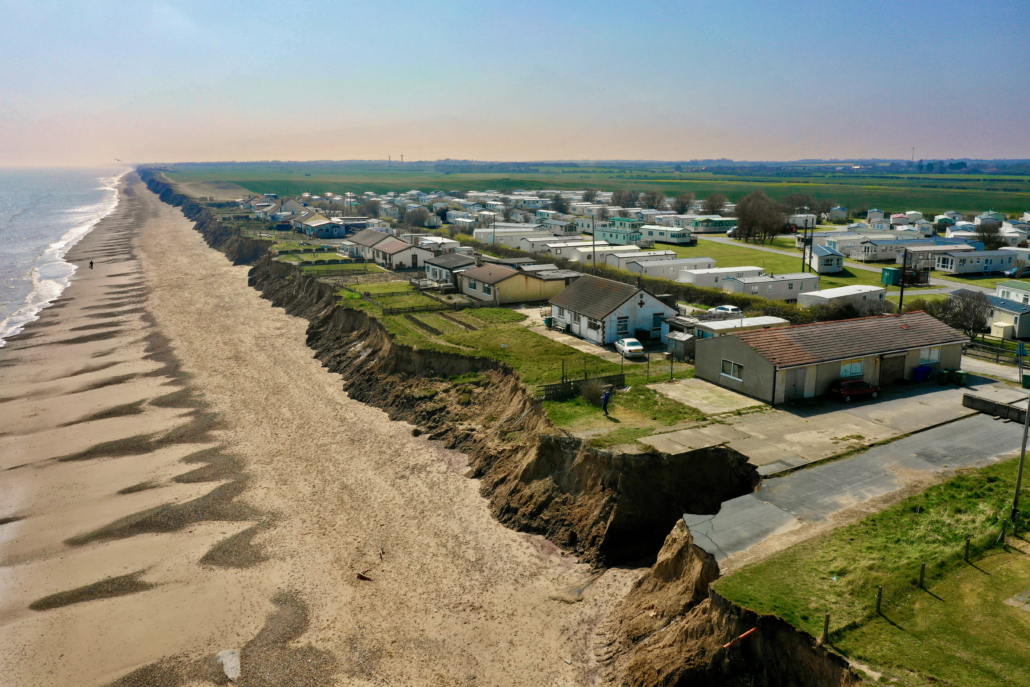 Some residents on Green Lane feel the council has not done enough to protect them from erosion or help them to move nearby. As it stands, they have to pay around £6000 towards the cost of demolishing their homes. The East Riding of Yorkshire council provides some financial support to help residents cover the cost of demolishing their properties – which can cost between £15,000 and £40,000 – but they are continuing to ask the Government for funding. 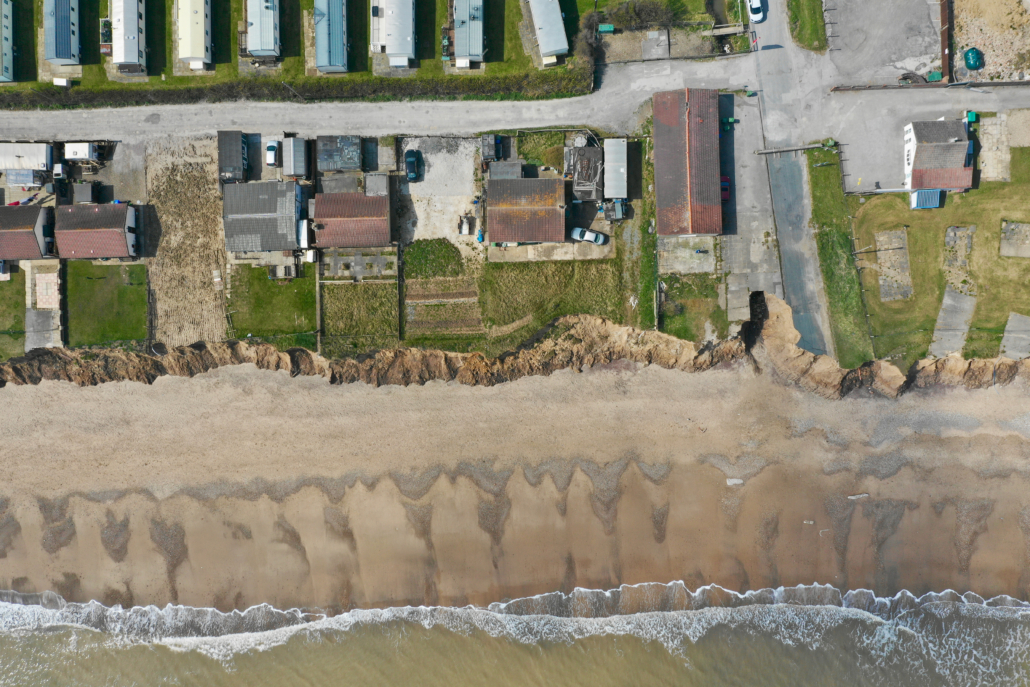